Every other marketing blog out there is probably asking you to use referral marketing or social media to acquire more users. Well, we did too. But in this post, we decided to become a little more specific about the one channel that can boost your user acquisition – WhatsApp.

In a previous post, we discussed how Smart Invites are the one viral marketing tool that your app absolutely needs this year.

Because they make it easy for the user to invite his friends and family to the app using a channel he prefers – social media platforms like Facebook, Twitter, etc or simply using the chat apps that are already open on his mobile (WhatsApp, Kik, Kakao).

You’re playing a game, enjoying it to the fullest and chatting with one of your friends – when you suddenly think they would enjoy it too. So you quickly look for a way to invite them to the game and join you.

Why use WhatsApp for user acquisition

In today’s scenario, this chat app that you’re most likely active on is WhatsApp. No, we’re not peeping into your screens. We’re just admitting that we have WhatsApp open at all times too and more likely to use it for making recommendations to our friends in between all the gossip!

According to a report by Statista, 58% of WhatsApp users admitted to using the app more than once a day. In some cases, they had the app open through the day to stay in touch with their friends and family. 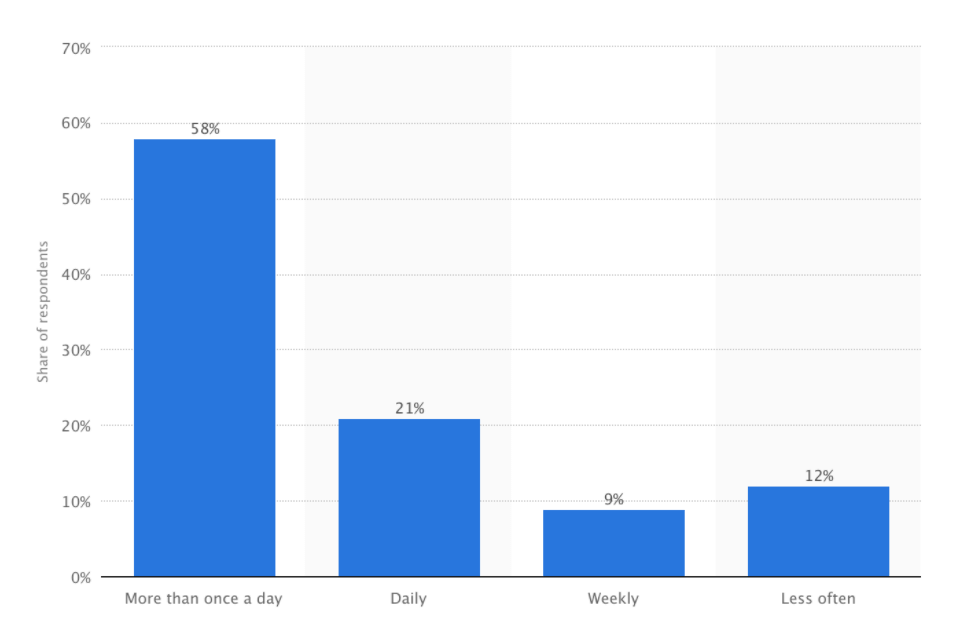 If you’re wondering just how many these 58% users would be, here’s how many users are active on WhatsApp on a monthly basis: 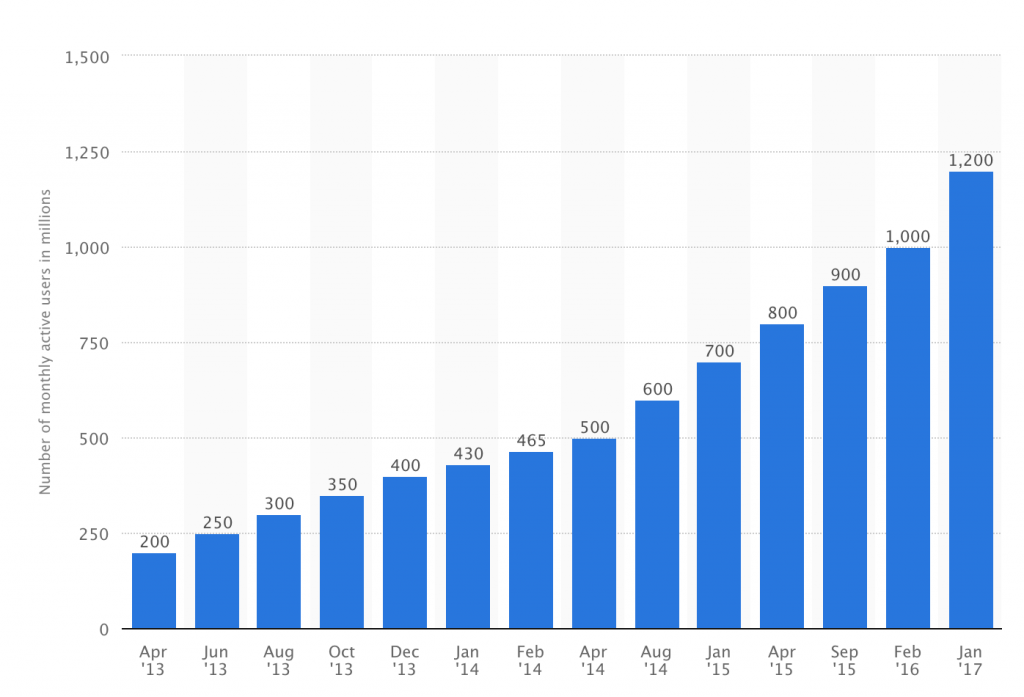 Yes, that’s a lot if you do the math right and can count the zeroes without getting tired.

All we’re trying to say is that WhatsApp has actually proven to be one of the most effective channels for user acquisition – provided your referral campaign is easy to participate in.

Does it really work?

We have seen apps use referral campaigns that use social media to reach out to a user’s circle. For instance, Runtastic nudges its users to share their accomplishment on their connected social channels every time. 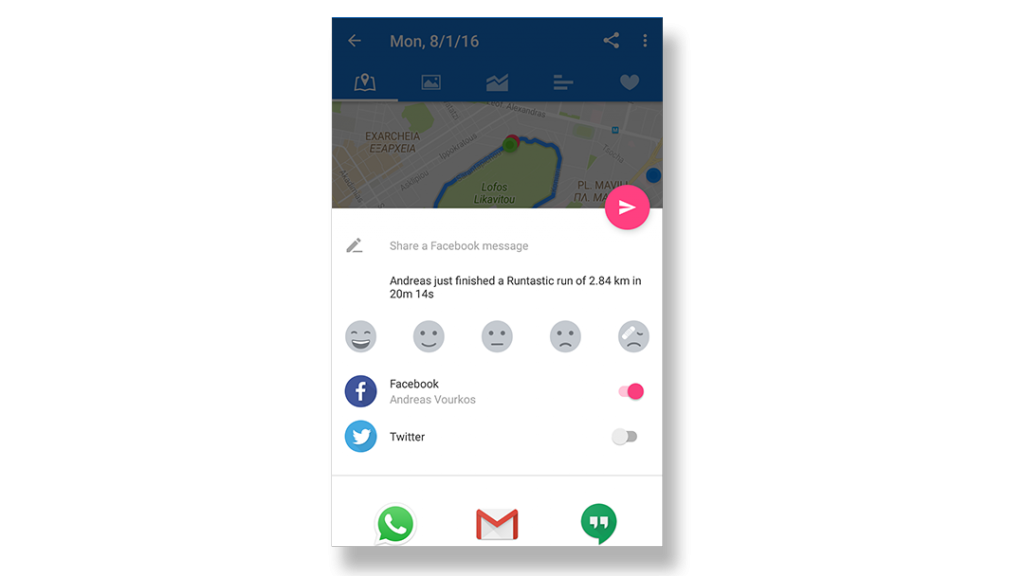 While most of them do so for a pat on the back from their friends, there are others who don’t really see any value behind this.

‘Why would someone even share how much they ran today? Can they not keep their workouts to themselves?’

Yes, there are people who will call this plain show off and ignore the post altogether. No new user gained out of that impression.

That’s where more personalized recommendations come in. When a user wants to recommend something to his circles, the first place he would do so is not social media, but via a chat app – which clearly by the above shared statistics, is WhatsApp.

PikPok for instance used Smart Invites for their game, Doomsday Clicker. Their referral campaign enabled users to invite their friends using all popular social media platforms and chat apps that they were likely to make use of. The campaign received 19% conversions and a 15% higher revenue per download, and also improved their user engagement as well as retention rates.

While Smart Invites enabled the user to send these invites easily to his friends and family, we noticed that WhatsApp was used by 61% of the players in the game to send invites. 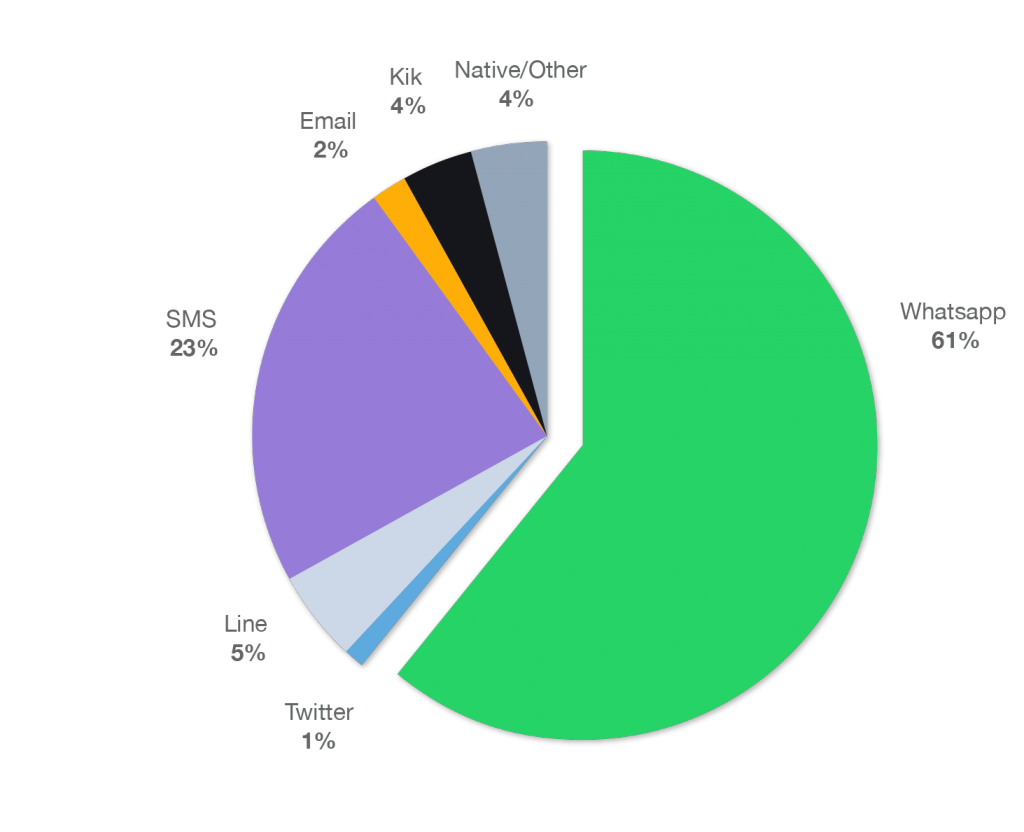 Since WhatsApp is already being used by a user through the day, Smart Invites just makes it easier for him to send invites with a one-click mechanism.

Apart from making it easier for the user to make referrals, it also lets them personalize the message they want to send across. Be it an addition to the pre-typed message and link to let their friends know they are enjoying the app or simply a couple of more smileys to get the conversation going. 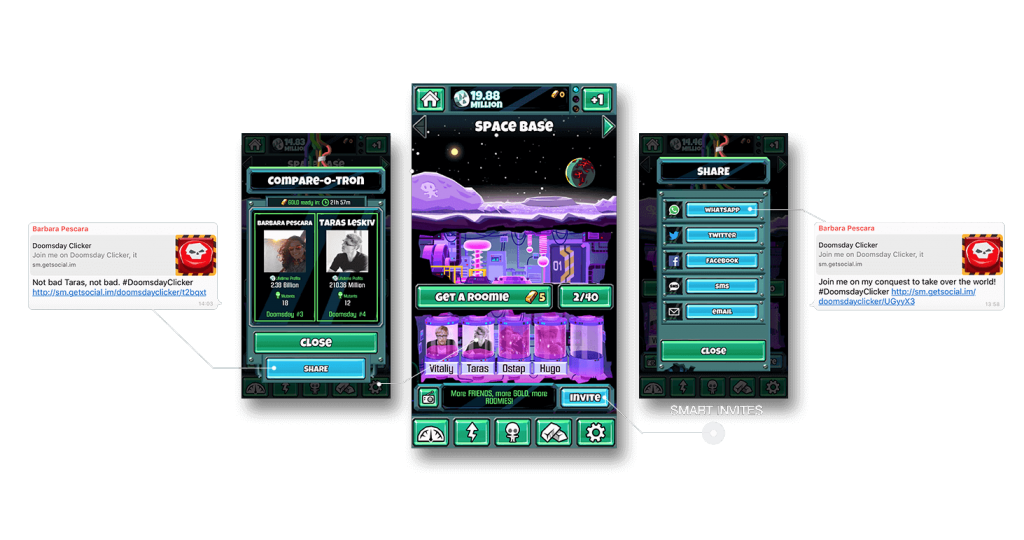 Think about it again. Aren’t you more likely to try something new out when a friend shares his experience with you, instead of an advertisement or promotion you see on social media and other channels?

Personalization in referrals don’t just increase the app’s credibility, but also encourage the recipient to take action – making them 3X more effective. Pretty much the growth hack your app has been looking for till date!

While you should go right ahead and implement WhatsApp in your referral marketing campaigns, remember that the rules remain the same. Your referral campaign shouldn’t be focused on only increasing your user base – it should only add to an existing user’s experience in the app and feel natural in his journey through it.

The pushier you sound for referrals, the lesser they are.

If you’re thinking of using WhatsApp in your game or app to create a viral loop of referral marketing, we have the perfect resources for you to get started with:

Have you ever made use of WhatsApp for your app’s referral marketing campaign?