When it comes to acquiring more users, indie game developers are constantly struggling with tight budgets. On one hand, a great concept is able to get them their initial users. But on the other hand, they are not able to turn these small wins into something bigger. The reason being, no one really thought of equating the compound interest on each layer of their user acquisition funnel.

What is compound interest on user acquisition? 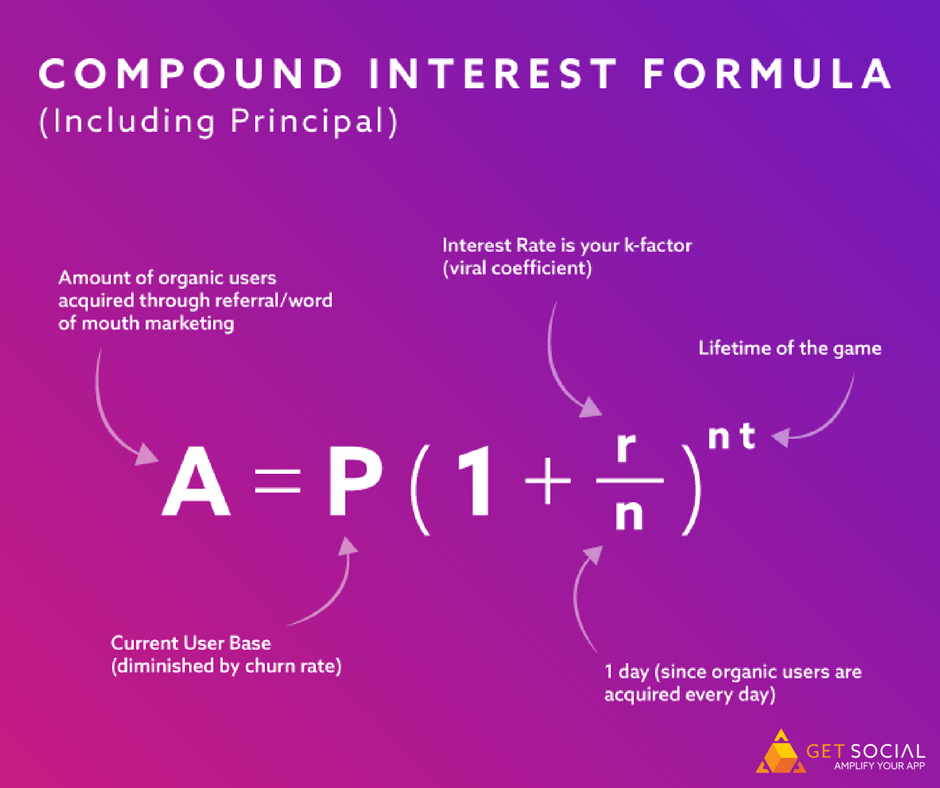 If you have been handling your expenses and managing your finances so far, you’ll know exactly what we mean.

In a previous post, we discussed how most indie developers are actually messing up their user acquisition funnel. They spend tens or maybe even hundreds and thousands of dollars to acquire their first 500 users, but eventually lose them all due to a faulty funnel.

What do they lack?

The end result? Absolutely no interest in their user acquisition budget and an exponential downfall in the number of users on the app.

That’s why we decided to dig deeper into what games like Doomsday Clicker, Castle Cats and more do to double their compound interest on the budget they initially set aside for user acquisition.

Social Loops: The compound interest for your User Acquisition budget

A great user interface or a gaming experience isn’t enough to keep the smartphone users of today engaged with the app. If you don’t want them leaving your app for hours on social media to discover other trending apps, it is time to bring their social circle to the app.

The more people from a user’s social circle you have on your app, the more likely you are to become a part of their break time. Simply put, a user becomes more likely to use your app more often when he has his friends and family on it.

According to Nielsen, 92% of consumers trust recommendations from friends and family. Be it for a purchase or for a new app that they install. Word of mouth has clearly made a place for itself as the topmost marketing tactic aimed at growth. That’s where viral social loops come in.

Although there are many apps that create an in-app referral program, only some of them are able to make the most of it. Some lack the technology that makes it seamless for users and some simply lack substance.

For an effective viral social loop, you need to have a referral program that needs to have the following:

Apart from the seamlessness of a referral program, you also need to ensure that inviting friends and family comes naturally to the user. The more forced it looks, the less likely is a user to participate in it. So we also found some ways to make a viral social loop a part of your game.

Every time a player accomplishes something in the game, give him a chance to boast about it. Make it easy to share his scores with his friends using Smart Invites. This way you wouldn’t just massage the player’s ego, but also create instant gamification between him and the user he sends the message to. 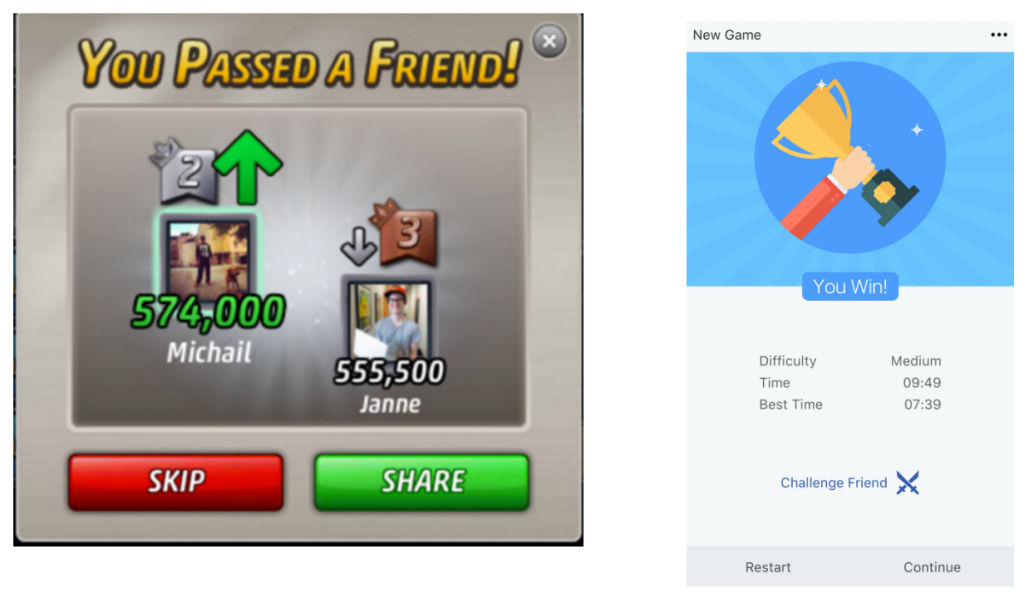 Apple likes to play it smart. They give small glimpses into their new phones – the lower end models and then introduce the full-blown, feature-packed high-end model. It’s called peaking the user’s interest so much that he gives in. Using the same psychology, you can create unlockable content that would nudge an existing player to invite friends to unlock a new level or try a new booster pack for the next one. 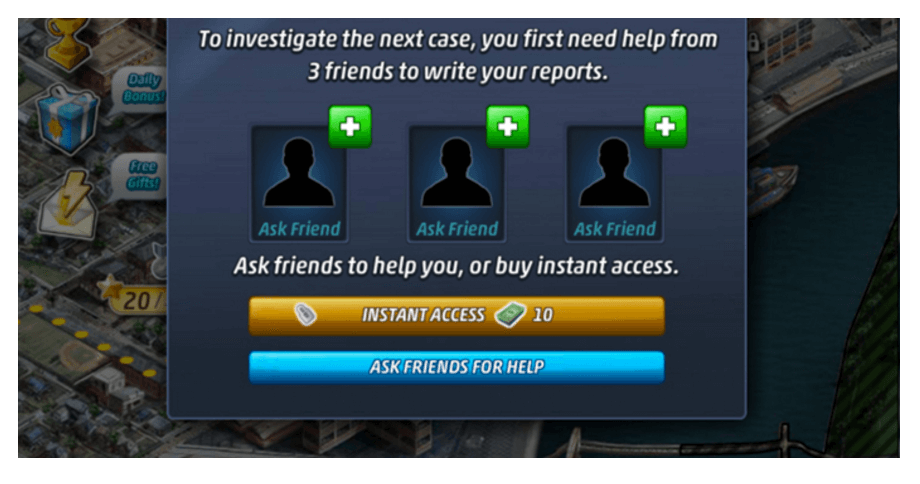 Who do you remember when you need help? Friends, of course. Then why not use the same logic while creating a referral program? Nudge your players to invite friends in order to refuel their life packs quicker or earn another life to play the next level. Their need for instant gratification will lead to higher participation. 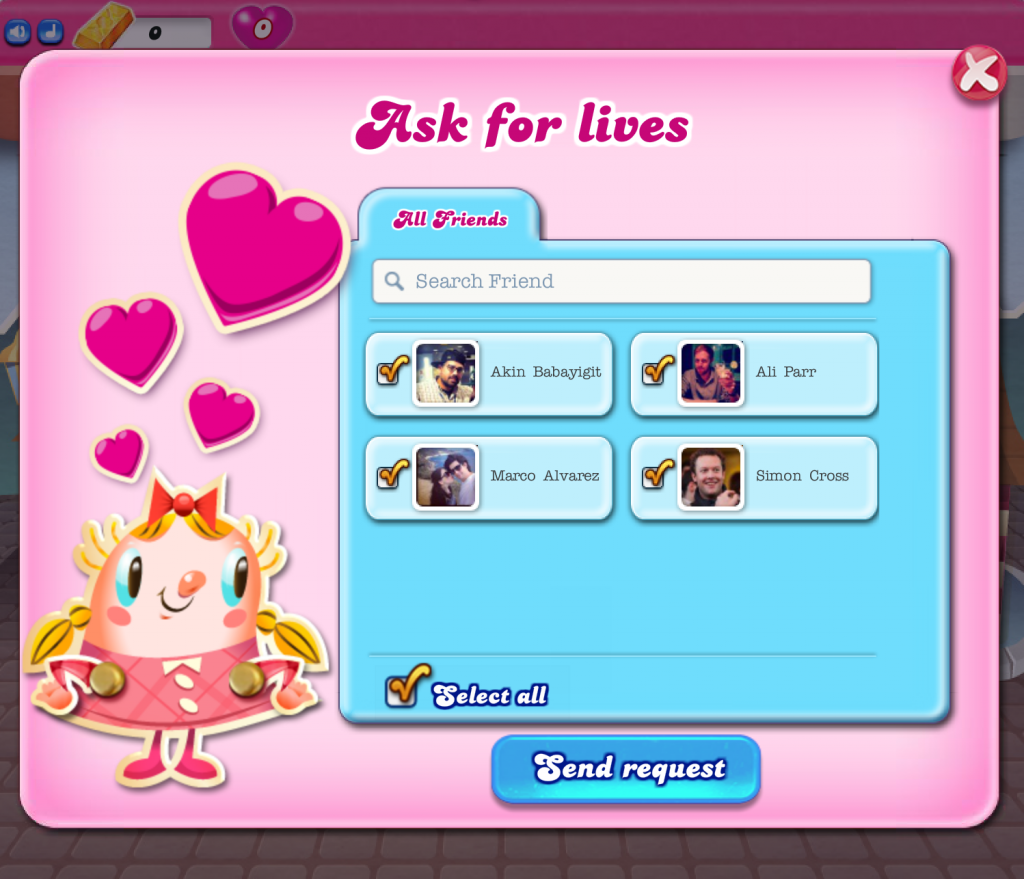 4. Make it a multiplayer game

Games like Trivia, Quizup, 8 ball pool and more require collaboration between players. Instead of playing against a robot or random opponents, give your players a chance to compete with their own friends and family. With Smart Invites, you can create a social graph between an existing player and a referred user. This makes sure that the two players are on the same level and gamification kicks in almost as soon as the referred player installs the app.

Instead of just nudging a player to purchase more coins to proceed to a new level, give them a chance to complete a said task to ‘earn’ the coins from you. Incentivizing your referrals for something valuable increases the player participation exponentially. The need to get more coins as they complete more levels will create a viral loop of social invites in his circle – getting you more users! 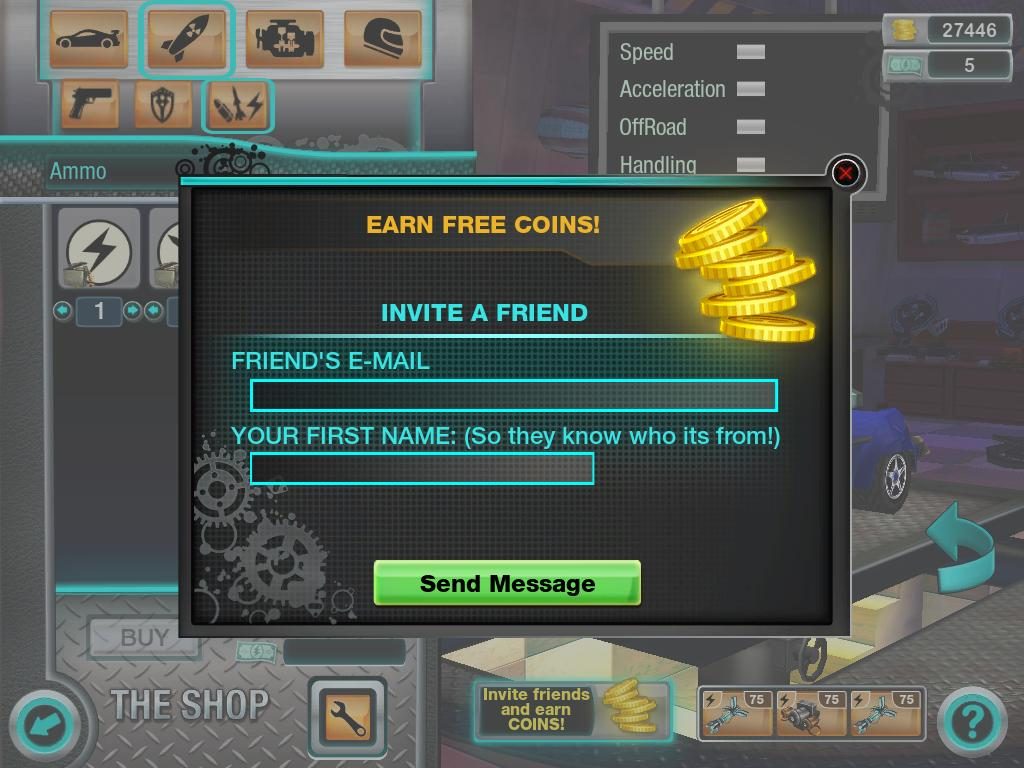 When a user accomplishes or wins something in your game, it is a good opportunity for you to give them a chance to double their win. For instance, if they won 10 coins from completing a level, offer them 10 more coins for inviting 2 of their friends to the app. The positive and engaged state of mind at that point is sure to encourage the user to send more invites.

Players are 2.7X more likely to stay in a game for a sense of belonging to a community. So let players invite their friends to build guilds, groups or clans in the game. This will let them make their own ‘team’ that can compete with others or amongst themselves, keeping them engaged for a longer period of time and reducing the churn. 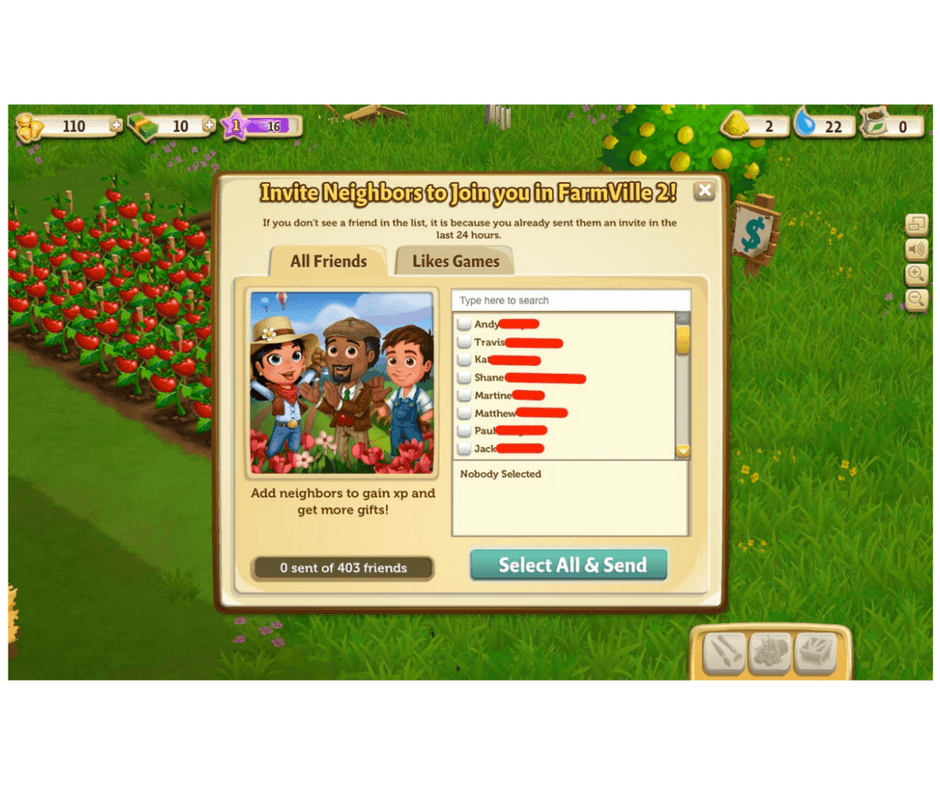 Everyone knows how important onboarding is. But did you know, that introducing your referral during the tutorial can help the player locate it sooner in the app and get you more referrals? If you want a player to remain engaged with your app, focus on getting his friends and family to join the app almost as soon as that specific player does.

To know more about each of these ways to incorporate a viral loop of social invites in your game, check out our previous blog here.

Getting started at earning the compound interest

A referral program might seem like an easy thing to do for app developers and marketers. But the trick is to not just time the referral promotions well, but also what you do when a referred user joins the app.

That’s where our secret growth hack comes in: Social Graph.

GetSocial Social Graph auto-generates a map between an existing user and a referred user. It basically enables you to connect the two users once the referred user has installed the app, and successfully registered on it. This creates instant gamification between the two players, engaging them further in the game and increasing the chances of them wanting to invite more people from their circles to the app.

Simply put, more users at optimized costs of acquisition. What more could you ask for?