Immersiveness is a way of perception that determines the factor of changing consciousness. We can see various examples of immersive experiences in movies, theatrical performances, computer games, and apps. There are many examples of immersiveness in culture. For example, the “Secret Cinema” and “Sleep No More” immersive theatres in London and New York offer to plunge into virtual reality and promise to completely blur the boundaries between the real and the virtual worlds. But in this article, we are going to talk about immersive experiences in terms of technology and brand marketing.

In this article, you’ll learn: hide
1 Types of Immersive Technologies
1.1 Virtual reality
1.2 Augmented reality
1.3 Mixed reality
2 How to Create an Immersive Experience for Your Brand
2.1 Experience that a brand can use over and over again
2.2 Imitation of a store, only better
2.3 Ability to “touch” the product
2.4 Immersive storytelling and virtual try-on
2.5 Virtual reality mobile games
2.6 Augmented reality mobile games
3 Over to You

Virtual reality (VR) is a non-existing artificial world, into which a person can completely “immerse themselves” not only as an observer but also as a participant. VR systems are technical devices and software that create the illusion of being in this artificial world and, in some cases, allow manipulating objects.

Most VR systems have the following key characteristics:

Virtual reality experience is now also available for mobile devices. Google Cardboard, invented in 2014, is an analog of modern virtual reality devices. It is made of cardboard and allows an immersive experience through a smartphone screen.

Most people associate virtual reality with games. Meanwhile, many leading companies have already figured out what to do with VR technologies and are successfully using them to promote their business. 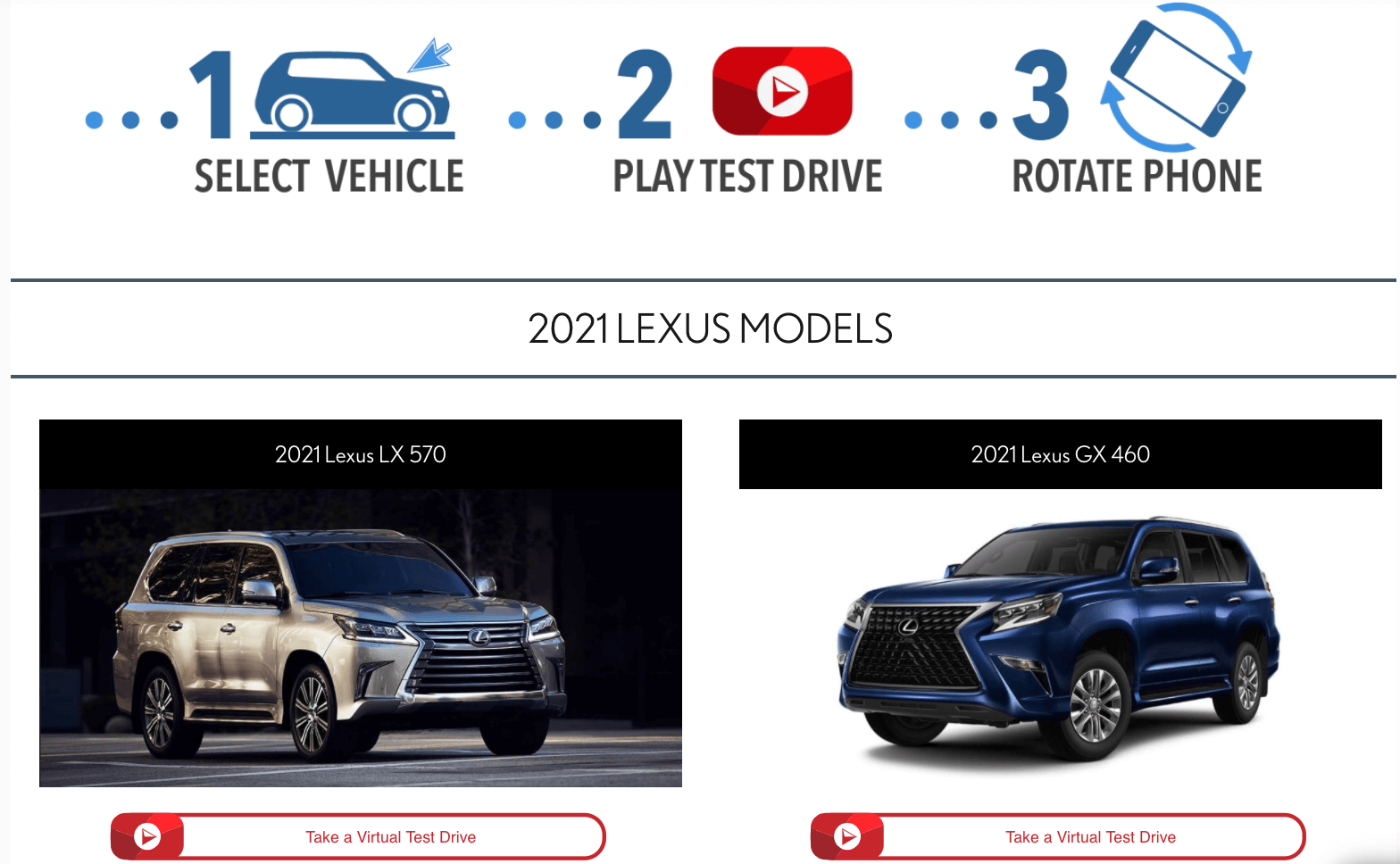 Augmented reality programmatically combines two initially independent spaces: the world of real objects around us and the virtual world recreated on a computer. A new virtual environment is created by superimposing programmed virtual objects on top of the video signal from the camera and becomes interactive through the use of special markers.

The basis of augmented reality technology is an optical tracking system. It means that the camera becomes the “eyes” of the system, and the markers become the “hands”. The camera recognizes the markers in the real world, “transfers” them to a virtual immersive environment, superimposes one layer of reality on top of another, and thus creates a world of augmented reality.

AR has been used for many years in the healthcare, advertising industry, military technology, games, object monitoring, and mobile devices. The most known example is the Pokemon GO mobile game. 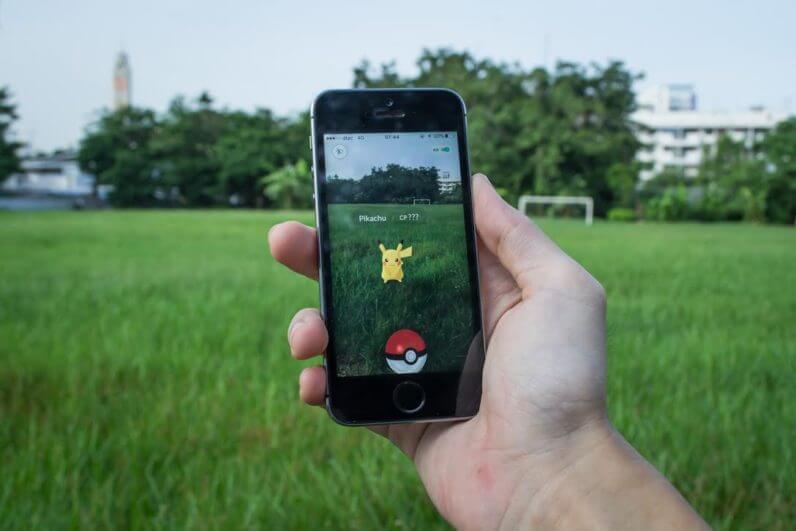 Another interesting example is the Concerto Timer for the Häagen-Dazs ice cream, which was launched in 2013. The premium ice cream retailer Häagen-Dazs decided to combine information technology and classical music. The company recommends waiting for 2 minutes after removing the ice cream from the freezer. During this time, it takes the optimal temperature so that you can enjoy its taste to the maximum. To help ice cream lovers, Häagen-Dazs has come up with the Concerto Timer app. It was the first iOS mobile app to combine video and Kinect 3D scanning technology, providing augmented reality for ice cream lovers. Concerto Timer offered the viewer a two-minute concert, which shortened the waiting time for the Häagen-Dazs ice cream to acquire the richest taste.

Mixed reality is also called hybrid and is a model of world perception in which the real and virtual worlds are combined.

The original mixed reality technologies were developed back in the 1970s and 1980s, although then their modern understanding had not yet been achieved. As is usually the case, MR was primarily developed for military and educational purposes, and only then similar technologies were transferred to the commercial and entertainment industry.

Often, terms and abbreviations such as MR, VR, and AR are confused with each other and used as synonyms. Although certain features can help distinguish between the different types of reality:

With the help of MR, it is possible to conduct simulation-based training, such as military training, without increased risks. Additionally, MR is aimed at creating an interactive environment with the full inclusion of virtual objects in reality. As a result, it uses such objects for commercial, developmental, and entertainment purposes.

Based on the diversity of technology, examples of MR applications are also quite diverse – in terms of capabilities, potential use, and requirements that are imposed on the user. Here are some of them: 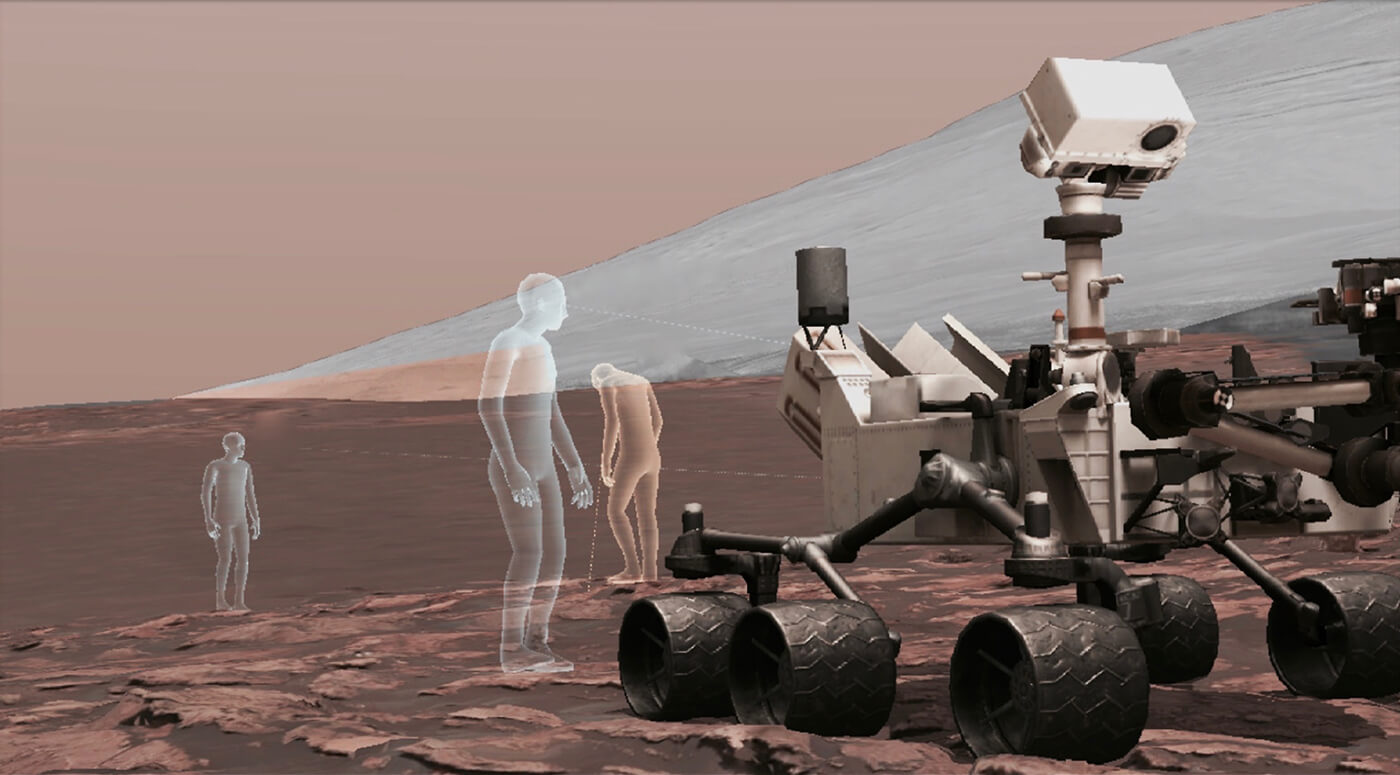 How to Create an Immersive Experience for Your Brand

Below are some interesting examples of immersive experience usage by various brands.

Experience that a brand can use over and over again

To bring its latest product, Silymarin CF Vitamin C Serum, to the media, SkinCeuticals created an immersive experience that provides the same level of interaction as a live event. The popular skincare brand attracted a total of 120 users attending three separate small events of 40 people each in November and January 2020. The Silymarin CF advertising campaign website was available for media viewing for a week after the event.

The centerpiece of the experience was an immersive landing page that mimics a face-to-face visit to a SkinCeuticals lab. Throughout the event, interactive icons and push notifications encouraged guests to watch or read educational materials about the Silymarin CF product, and a skincare quiz supported the effect of the individual approach.

In addition to educational content, the attendees could tune in to an interactive live broadcast that included a Q&A section where everyone could ask a question. After the live broadcast of the presentation, which took place outside the door of the “treatment room”, the participants took part in a quiz to consolidate their knowledge.

Imitation of a store, only better

In March 2021, skincare brand bareMinerals hosted a Virtual Villa event featuring Hailey Bieber, the bareMinerals Clean Beauty Ambassador. She told the consumers about her experiences and favorite products that visitors could purchase in real-time. Haley was filmed full length against the background of a chroma key, so it seemed that she was really in the house.

The immersive experience also included a discussion with dermatologist Dr. Joyce Park on the ingredients in some of the latest products and a makeup masterclass from makeup artist Denika Bedrossian. Despite the realism of the picture, the organizers complied with all COVID security rules – Dr. Park and Bieber were actually in two different locations – San Francisco and Los Angeles. Consumers were able to experience the resort-style bareMinerals ‘Virtual Villa’ space. Inside the virtual boutique, the visitors could view 3D images of bareMinerals products and learn more about each of them.

Ability to “touch” the product

The main interest of augmented reality marketing is the ability to “touch” a product. Many well-known brands have already tried this technology.

Augmented Reality lets you put your users in the center of your story, capture their attention, or showcase products right on their faces. Cosmetic brands like L’Oreal, Maybelline, Mary Kay engage consumers with virtual makeup try-on that successfully boosts purchases among Gen Z. Turkish Airlines has created a branded filter on Instagram called ‘Turkish Airlines My Dream Destination Project’ that immerses people into virtual travels during the pandemic. The campaign attracted 1.2M impressions, 993K opens, 171K captures, and 21.8K shares. Such immersive experiences can be built with Banuba Augmented Reality SDK that lets you add Snapchat-like filters, AR makeup, and animated backgrounds to your app or website.

Here are some examples of VR-based mobile games that you can immerse into by using Google Cardboard.

The examples of AR mobile games are as follows:

Modern technology allows brands to improve the experience of their customers, allowing them to immerse into an app or game with the help of virtual, augmented, and mixed reality. We hope that our examples have inspired you to create such an experience for your brand, app or game. Good luck!