The Guide to App Monetization: Best Strategies and Tactics

Most apps get lost in the vast volumes of the iOS and Android stores. There are practically thousands of apps that enter the market, targeting the same audience as yours. This is where it becomes difficult for apps to actually monetize their users because they always have a cheaper or free alternative available to them – regardless of the small compromises they may have to make.

But there are apps that have been able to monetize in-app purchases successfully. Apps like Clash of Clans, Game of War, Candy Crush and more, have been making millions for a while now. The key to their effective monetization – a robust user-driven strategy.

There are several key strategies that can help you monetize an app:

In-app advertising is a proven monetization strategy. Users actively download free applications, and publishers profit from displaying ads. In such a strategy, it is important to collect as much data about the target audience as possible. This data is then analyzed and provided to advertisers who are willing to pay for the ads.

The idea behind the free trial monetization model is that the user gets access to all features during the trial period, typically 30 days. After the user has experienced all the advantages of the product, they are likely to want to purchase its full version.

The Deezer Music mobile app is free, but there is also a premium paid profile that can be tested for 30 days. There are no ads in the Premium profile, but there are options for downloading your music, playing it offline, and many other bonuses.

Let’s go through some tips to help you make the above strategies work better.

If you want to really grow your app in the competitive market, you need to keep your users engaged. User engagement rate is one of the best metrics to measure app monetization, and here’s why:

Communities are especially important for mobile game apps. According to a survey by Facebook, players are more likely to stay in a game when they have a sense of belonging to it. In simpler words, they are more engaged when they are a part of a community of people like them.

An average gamer is 2.9 times more likely to make an in-app purchase so they can beat their friends! This shows how socially-influenced app users are when it comes to making in-app purchases or interacting with the game.

Players don’t just use the community to keep tabs on what the other is doing, but also to find solutions to where they are stuck. They are also able to monitor which players made a purchase to complete a level in the game and strategize their move accordingly.

As a matter of fact, the top-grossing games have made social engagement a part of their app. Having an opportunity and a platform to connect on, players engage longer and boost their app session length. For example, Godzilab uses activity feed in their app Crush Them All to improve player LTV and retention. Their community managers interacted with players regularly to provide them with customer support, announce upcoming events, features, game tips, and tricks. Activity Feeds further enabled their players to invite others to join their clans, and communicate with each other.

Basically, players’ engagement in the game is a good predictor for mobile game monetization. The longer app sessions allow you to understand how a player interacts with the game, what they expect from it, and how you can make it better. It also opens up an opportunity for you to personalize their in-app experience and purchase journeys.

Who doesn’t like getting discounts? There are definitely going to be users who might not be comfortable purchasing your in-app offerings – no matter how contextual their placement is. But these are users who could be driven to conversion by offering special discounts. You can club these discounts with referral campaigns or actions that they need to complete for availing them. When planned strategically, this tactic can help you grow your user base as well.

Not every user is the same. They don’t interact with your app in the same way and certainly don’t have the same amount of resources available to them. This is where dynamic pricing comes in. Analyze and understand your user’s behavior – how they interact regularly, where they drop off, and what their previous purchase triggers have been. Create a dynamic pricing model that suits your users. It’s the most efficient way to convert them.

Similar to a freemium model, subscriptions focus on giving access to in-app content rather than its features. Users are able to download the app for free and access all features for a limited period of time, after which they are prompted to subscribe to a paid plan. This tactic is similar to offering a free trial of your product before asking a user to pay for the same. Show value and convert them into paying users.

Here’s a list of platforms that you can use to monetize your app.

App monetization can be a challenging task for developers and marketers. But having effective strategies and tactics at hand will help you build out the right process. We hope that now you have a better understanding of how app monetization works and will choose a monetization model that will work best for your mobile app. Good luck! 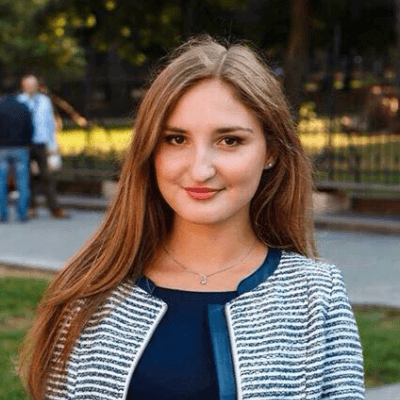