There are a gazillion apps that are getting launched in the mobile market almost every day. From utility apps to games of all sorts – puzzles, single-player, multiplayer and more, smartphone users are quite literally overwhelmed with options!

But what’s options for them, is a bane for an app developer – especially games.

What’s more? Most of them don’t install games frequently and uninstall some every other week.

Think about the last time you downloaded a mobile game or didn’t choose to delete a game to cater to a space crunch on your phone!

A mobile game developer literally spends hours and hours to craft a game that users would get hooked on to. They attract an initial set of players, but then the users get distracted by an app store ‘recommendation’ in no time. It’s not enough to just create a great game. It is important to track how users interact with the game, respond to their experience, and prevent them from churning.

The player lifecycle of games has been decreasing ever since the increase in the number of smartphone users. As people are spending more and more time on their phones than conventional desktops, businesses have to target them on their ‘favorite device’ and monetize from the same. Competition is way fiercer nowadays!

To effectively motivate your players, you need to understand each stage of their journey and be able to identify how different groups of people react at those stages.

What is a player lifecycle?

Player lifecycle refers to the time period during which a smartphone user engages with your app, right from the time of discovery and download, to onboarding, exploration, and repeated use which may lead to purchase and repurchase. Typically, after the last stage, the user either abandons the app or becomes a long term user of the same.

Why do games need to focus on the player lifecycle?

In 2015, about 94% of marketers thought they knew who their target users were and what they were looking for by using the buyer personas created with data from CRMs and web analytics. But the world has changed ever since.

With mobile usage increasing by the day and personalization kicking in, the app users now want you to know them beyond the general demographics and psychographic marketing segmentations. They want you to offer them what they want, and not what you think they want.

With 49% of smartphone users choosing mobile games more than other apps, the same holds true for games. They need to focus both on the initial acquisition of its players, and also on their player lifecycle.

According to Localytics, the most observed app behavior can be described as “app snacking”, where a user logs several short sessions within several apps in one day. 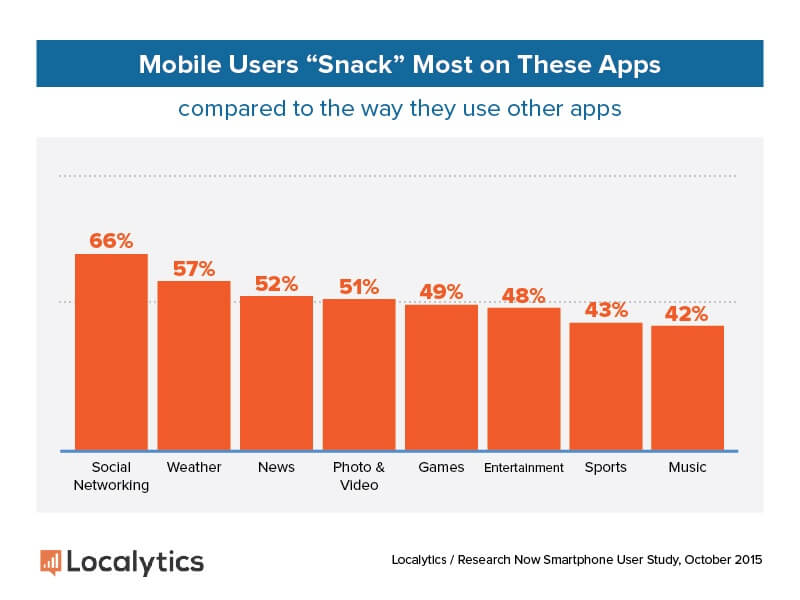 Collecting data on the player lifecycle will help games:

Collecting data on the player lifecycle helps to understand your players better, personalize their journey in the app and create custom campaigns based on player behavior. Click To Tweet

What to track within the player lifecycle?

So which events should you track at each stage of the player lifecycle? What data should you consider to improve the understanding of the user’s behavior inside the game? You can answer these questions with the help of usability expert analysis.

Usability expert analysis is a professional research of an existing interface or prototype of an app. This research identifies the key problems that a user can encounter when interacting with your game. For example, if they can understand the next step that they should make within the game to achieve their goal or if they are able to effectively use the available controls and tools.

Usability expertise is a faster and more cost-efficient alternative to usability testing. The results of the expertise are an important step before you proceed with designing the game interface. Usability issues in a game can negatively affect the player experience; therefore, this research is especially effective at the pre-launch stage of the game. Early usability expert analysis can help eliminate any issues in the long term. However, regular analysis is crucial for making sure that the3 development remains on track, and quality remains high throughout.

Usability expert analysis: how it works

Here’s how the analysis takes place:

Why choose usability expert analysis for your game?

In addition to the user interface check, the expertise may include the following types of work:

Here’s how your game can benefit from usability expertise:

Unfortunately, with the growth of smartphone users and the freemium model, so do user expectations from the apps they are being offered. They don’t just want the games to be ‘new’, but also be able to cater to what they have been looking for.

So we dug deeper to understand the main challenges of the player lifecycle and came up with a quick step-by-step to solve them. Here are the solutions:

1. Understand where the engagement is

The first and foremost step to increase your player’s lifecycle is to understand where the real engagement is. Look at your app user data to identify where your most engaged users are. These are the people who are more likely to become your app ambassadors, recommend your game to their circles, and help you grow organically.

User engagement is actually the real measure of the game’s monetization. And early on engagement with active users, will help you create custom in-app journeys to keep them engaged and motivated. This will also give you an opportunity to create referral campaigns that are targeted at offering them some value in the game.

If you show the value of your app since day one, you have a chance for long term retention. The first-day engagement is especially important. The longer a new user plays on the first day, the more likely they are to remain in the game for the next several days. The level of user engagement on day one affects conversion and LTV. This difference is often associated with the monetization design (the size of the spending potential) and engagement activities (relation between the monetization and engagement activities in the main cycle).

Godzilab improved its users’ lifetime value by implementing GetSocial’s Smart Invite technology: they used it for incentivized sharing feature where players received different bonuses for every successful referral. Players were also connected with their invited friends and Facebook friends.

Like we’ve mentioned before, app users give extra value to a personalized approach from the businesses they are being approached by. So if you want to keep them hooked to your app and help grow it, you need to personalize their journey right from the beginning.

In non-game apps, this process is called onboarding, whereas game developers mostly refer to it as a tutorial. Before the player starts the game, they are offered to give it a try by following several easy steps with tooltips. For example, here’s a tutorial screen for the Cut the Rope game: 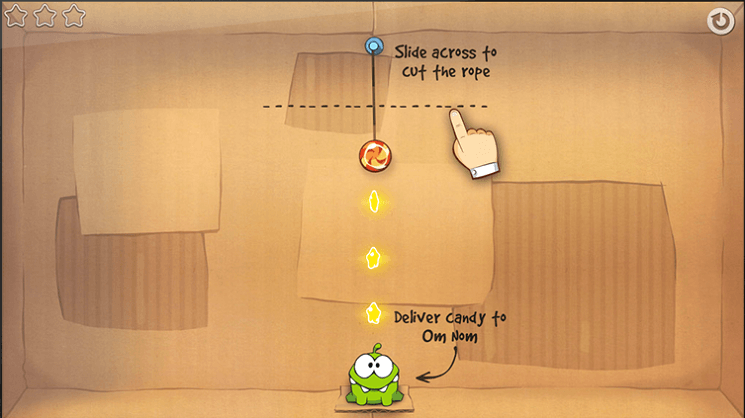 For more sophisticated players, game developers offer an opportunity to skip the tutorials, thus personalizing their gaming experience. Here’s an example from the Rival Kingdoms game: 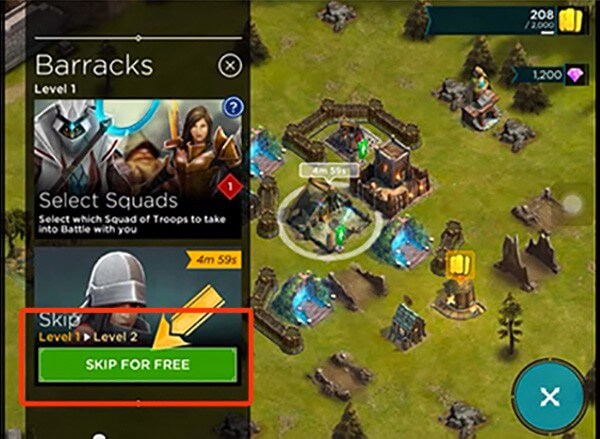 You’ve created the concept of your game; there is obviously no one else who knows it better than you. You know those secret tips, tricks, and loopholes to get past the toughest of levels in seconds. So why not use the knowledge to bond with your players?

Enabling GetSocial in-app chats and activity feeds you can regularly communicate with your players on a regular basis.

Sharing tips and tricks, or asking for the player’s feedback helps dismiss the players who are about to abandon the game for some reason – it could be them being stuck on a level for too long or simply losing interest because they haven’t explored all the features of the game.

This also gives you an opportunity to get first-hand remarks on what the players think of the app and how you can make it better for them.

Appa11y added Activity Feeds to their game Dice World in order to communicate with their players. They interacted with players regularly to provide them with customer support through a dedicated support feed, announce upcoming events, features, game tips, and tricks. Activity Feeds further enabled their players to announce to other players that they were available to play a multiplayer session. GetSocial chat feature enabled their players to communicate with each other during gameplay. 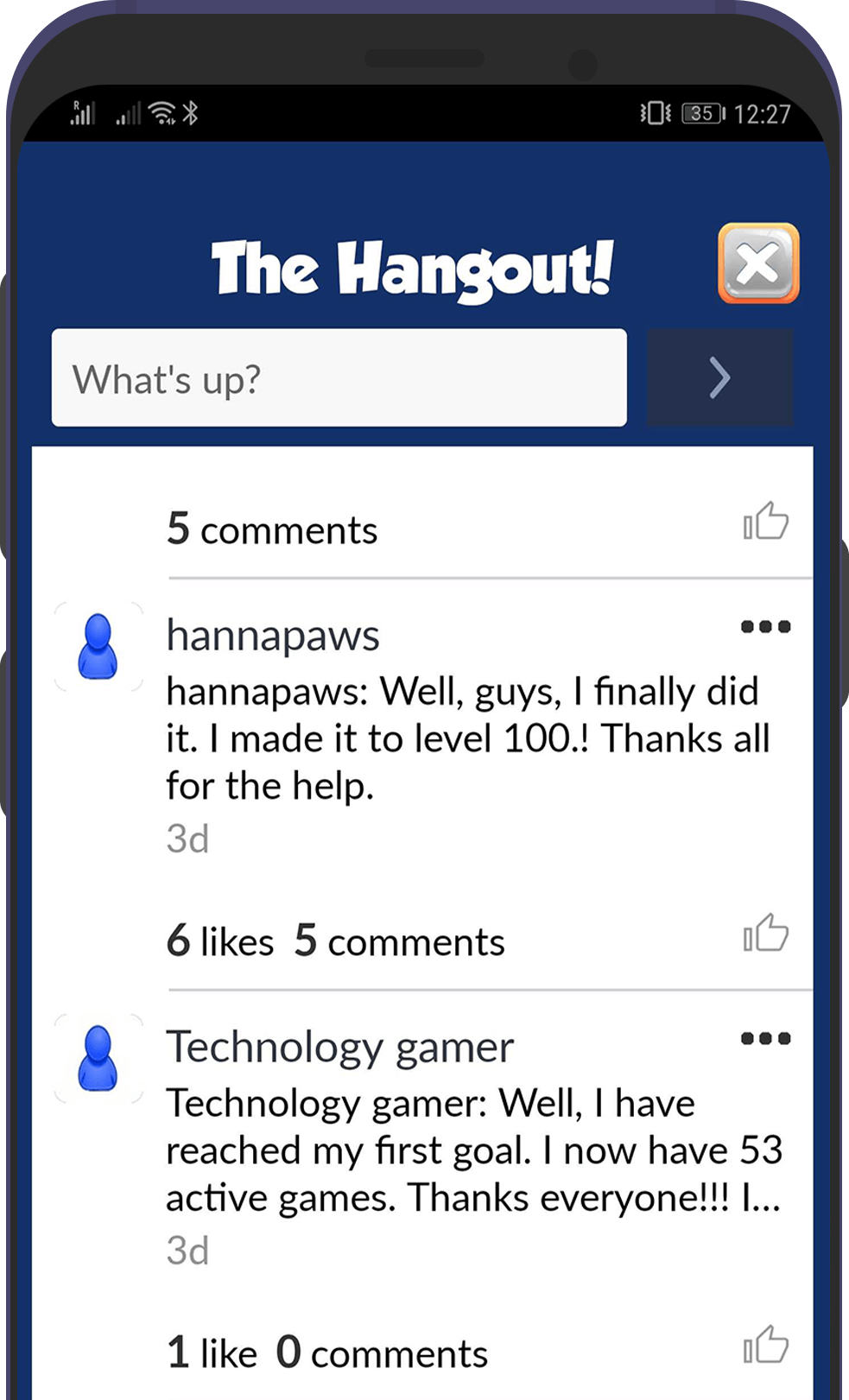 The topmost trick to monetize higher on your in-app purchases is to offer dynamic pricing. Dynamic pricing considers the players’ purchases before defining an in-app item price.

By looking at your player’s lifecycle, you can find data on where you’re losing possible conversions and what the purchase triggers of your converted players are. This will help you create custom purchase offers and monetize a greater number of players.

Additionally, a personalized approach to recommend purchases to your players, makes them more likely to convert, for instance, if they know they are stuck at a level for long and they are being recommended purchase to get past it.

Monetizing and growing your game in the competitive app market today is getting tougher by the day. But knowing your player’s lifecycle can help you understand how they interact with your game, what they expect from it, and how you can keep them engaged for longer.

The player lifecycle consists of the following stages:

Focusing on each of these stages will help you to understand the players better, personalize their journey in the app, and create custom campaigns based on player behavior.

The player lifecycle plays a very important role in the mobile growth stack – right from growing your app organically, all the way to monetizing it. So be the wise app developer and marketer to growth hack your app, and survive in the competitive market!

When was the last time you analyzed your player’s lifecycle?