The two most important rules we got from analyzing the top-100 grossing games.

This time, I am going to tell you the two most obvious rules we got from analyzing the top grossing games, as described last week. They are the 666 rule and the 2×1000 rule. If you didn’t already, I suggest you first read about how we analyzed the games.

First off, the 666 rule. According to this, your game pacing should lead to players playing the game: 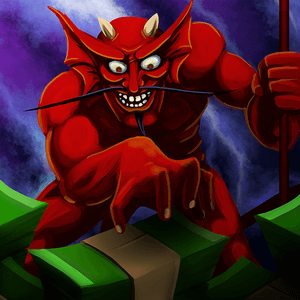 It’s rough, of course. But the point is that play sessions are short, they happen very often, and long-term retention is critical. Let’s take each six in turn, starting with the first: 6 minutes per session.

Short sessions are critical. Mobile games are played throughout the day, whenever the player has even just a few minutes of time. The very shortest sessions can preferably be just a few seconds long – for instance, collecting your gold in Clash of Clans, or spending your gold in AdVenture Capitalist. A longer more involved session might take a few minutes – such as the attacks in Clash of Clans. There’s a reason they are time limited.

The short sessions do not mean that letting people stay and redo the core loop several times is necessarily toxic to your game. It means that one loop around the core needs to be done in minutes. My guess is that this demand is what has killed e.g. the MOBAs on mobile. They have typically demanded longer sessions with deep concentration. That does not work on mobile. I really tried to start playing Vainglory. Several times. Every time, my one-year-old interrupted me before I got through the tutorial and the game forced me to start over. After four or five tries, I gave up.

It is also a plus if the concentration needed is not too deep. I regularly see people playing a mobile game while doing something else. My wife plays Match-3 games while watching TV, and one co-worker did an attack in Boom Beach while we discussed new features for our upcoming game. In short, this is very different from PC and console games. They aim for immersion. If you are immersed in a mobile game, you’re about to miss your bus!

6 times a day. That is needed to form a habit. A working game will have you pulling your phone from your pocket every time you have just 30 seconds of time to yourself. There’s always something to do, and every time you pull out the device you make some small progression to your goals in the game. Of course, it does not need to be exactly 6 times. More is better.

Last, but not least, is the aim of keeping your player for 6 months. Or 6 times 6 months, if you can manage. The top games are at the top of the charts mainly because they keep their players for a very long time. High cost-per-install is less of a problem if the player is loyal for years once they try out your game. I will write a separate piece just about this part – it’s that important.

Then the two thousands:

Calculate six sessions per day for 6 months. That’s about a thousand sessions. Or 100 hours (six minutes per session times 1000 sessions = 6 000 minutes = 100 hours). That’s a nice round number to keep in mind when designing your gameplay. What will the player be doing during session 1000? How will another six minutes make the player feel progression in the game after they have already played 100 hours during 1000 sessions? In short, what’s the carrot that gets them coming back at that point? Again, it’s a really hard question to answer, but answer it you must.

This rule of 666 – and the resulting 1000 session rule – was followed by about 95% of the games on the top-100 grossing chart, last time we looked. There is, however, one more rule that got an even higher score. The rule of a thousand dollars.

One of the criteria we looked at when analyzing the top games was: is it possible for a super fan of this game to spend $1000 on IAPs? Out of our feature guesses, this was the only one that was present in every single game we looked at. 100%. For some games, $1000 is likely at the upper end. The more casual games make their money off lots of players, each spending somewhat modestly. The more hard-core games, on the other hand, will have much, much higher top spending. Rumour has it that some war games even have oil sheiks spending over $1 million on IAPs. I do not know if it has happened, but at least the games make it possible.

In short, it’s the super fans that pay your salary. Make sure you let them.

Disclaimer: This is a guest post by Torulf Jernström. Torulf hasbeen in the business of building games since 2009 and co-founded Tribeflame in 2009, and has been CEO there since then. Their biggest hit, Benji Bananas, has some 70 million downloads (in late 2015). In addition to running this company, he is a mentor at Game Founders, and Entrepreneur in Residence at F50. 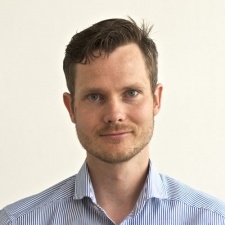