In a post up on his blog, Andrew Chen discusses how mobile apps today are failing as if we are back in the year 1999 – where a lot of Venture Capital was invested in .com companies with no solid business plan, rapid prototyping was not widespread, and manual tasks at hand were more than one could handle.

But times have changed now and a lot of apps are also failing because of the ever increasing market competition.

Lets take a look at how you can save yours!

Why do mobile apps fail?

Apart from the reasons that Andrew states – taking too long to design an ‘impressive app’, burning ½ the funding to create version 1, losing market opportunity and hence, failing; another reason apps are failing is the never ending increase in competition and difficulty in getting noticed.

Unless you’ve been living under a rock, you probably already know that there are at least a dozen apps offering similar features to yours. And the number of apps in the stores are increasing by the day. This in turn, has resulted in apps losing their battle to the most popular ones.

Here’s what the app growth looks like on the Apple App Store: 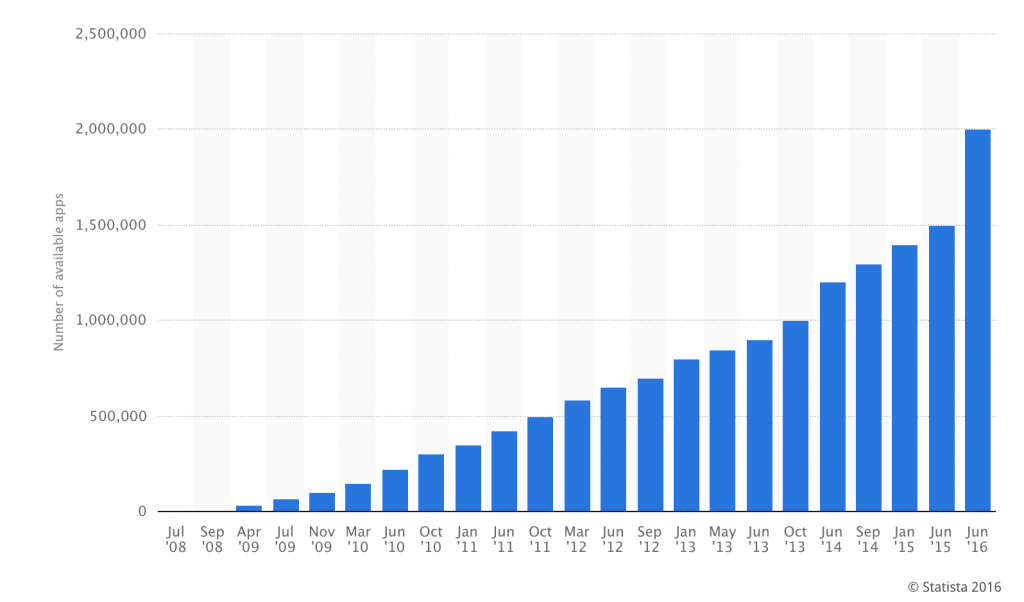 And, here’s what the app growth on Play store looks like: 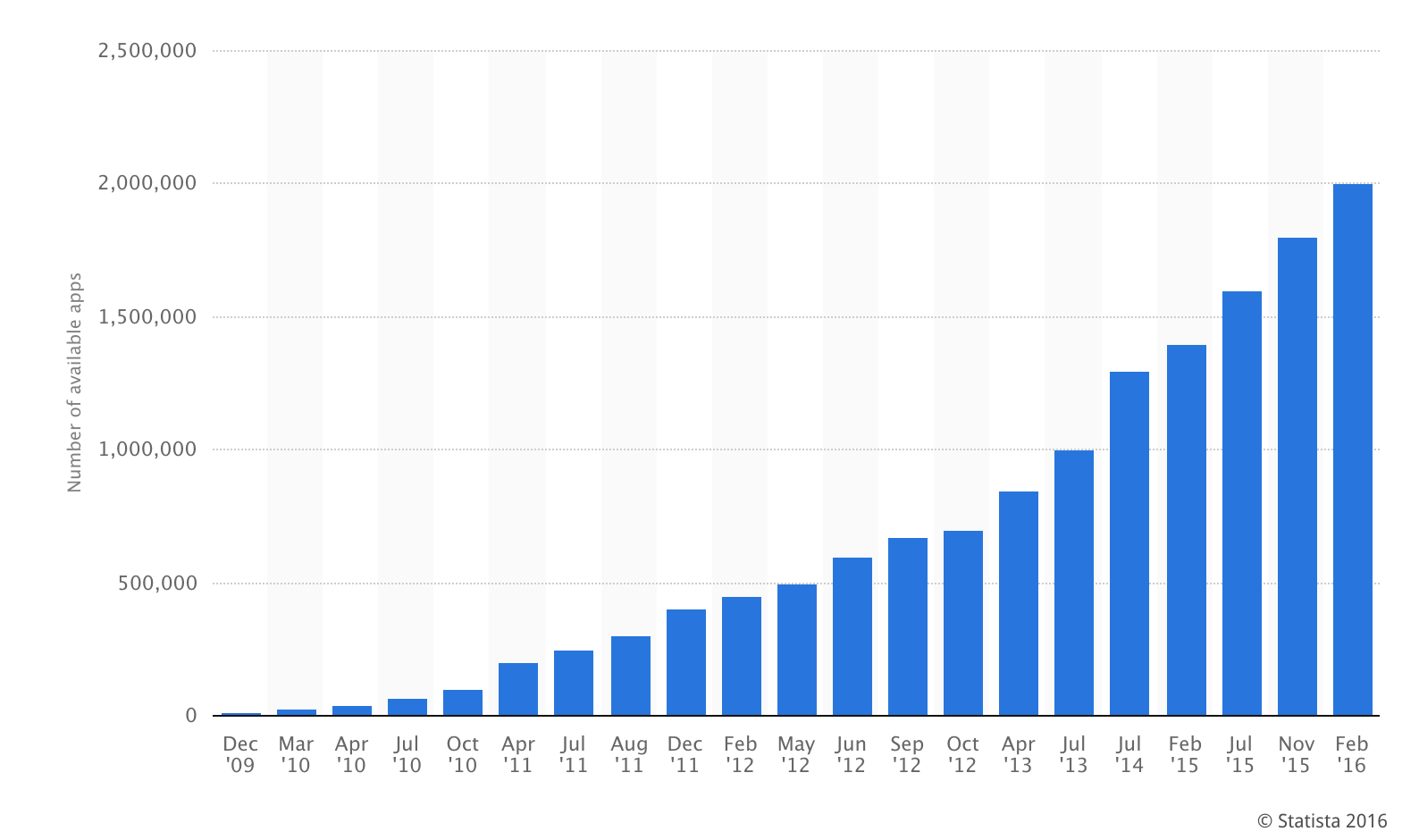 The impact of this intense competition is that apps with a greater marketing budget are able to acquire and retain more users than those without. This poses a very high hurdle for indie developers and startups on a modest marketing budget.

Are the users not receptive to trying new apps? The truth is, they are. All you need to do is make sure their experience with your app hooks them to it and their engagement rate remains at an all time high.

Losing the engagement of a user who is ‘interested’, is losing your target market to a competitor without even trying.

In fact, according to a study conducted by AppPromo, 59% of apps don’t generate enough revenue to break even on development costs.

How to save your app from failing?

Over time, we have been sharing posts that focus on user acquisition on a shoestring marketing budget and, the importance user engagement for monetization and app growth. Both of them playing a big role in reducing the uninstall rates by a whopping 20%!

Here is another round of fresh tactics to boost your user acquisition, engagement and retention.

Smart hacks to save your app from failing

1. Focus on delivering a great experience

The first and foremost thing that app developers need to understand is that a user’s experience has a more lasting impact than an ‘impressive design’. If your app is easy to understand, has an okay interface that the user can easily interact with and get through on his own, you’re good to go. Based on the initial user interaction data, you can further optimize your app to deliver a better overall experience.

Better to iterate your app slowly, based on what you find that users actually want, rather than considering only your assumptions from market research.

2. Ensure users are being properly onboarded

Most apps lack an engaging onboarding process for new-joiners – be it a new app or one that has been in the market for a while.

Spend some time to understand the various segments of your target users and create an onboarding process that helps them get around your app. This also gives you the opportunity to ask for important user information that can later be used for various marketing purposes.

For instance, Beats onboards its users by asking them for their basic contact information and preferences. The step by step approach makes it easier for a new user to understand how the app works and what to expect from it.

Your marketing strategy shouldn’t just end at getting users, it should include how you plan to keep them engaged with your app from the time of download. The average retention rate of apps over months from download is frightening. 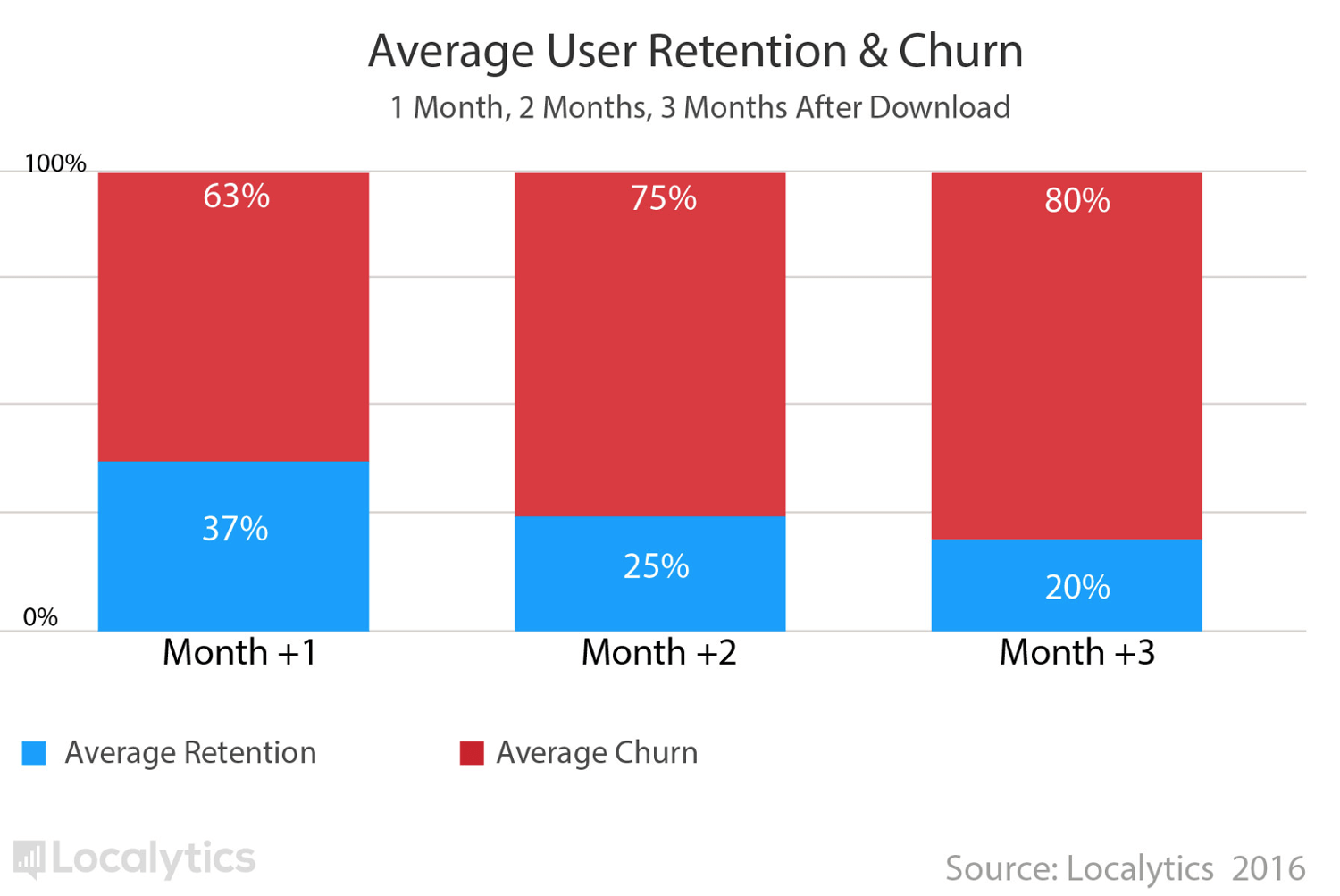 But if you frequently interact with your users, they are less likely to lose interest in your app, and you make your app top-of-mind for your users. Be it incorporating in-app chats to strike a conversation, implementing push notifications to remind them of your app when they are not on it, or being present on popular social media channels, the idea is to drive as many as sessions as possible. Doing that will transform your app into a daily habit for your users.

4. Encourage users to become your advocates

Word-of-mouth marketing is by far the most effective tactic used by businesses across different industries. And the same tactic can be implemented on your app. Apps that have referral programs grow more organically and reduce eCPI.

Encourage your users to become your advocates by delivering an impeccable experience in app, incentivising a few actions like inviting their friends to the app or simply sharing their milestones on social networks.

Also read: How To Succeed In In-App Referral Marketing In 5 Simple Steps

5. Create a community in your app

People are inspired, follow and interact with other like-minded people. This is where creating a community of your users right from the start comes handy.

Creating a community using social features like an activity feed, allows users to connect with each other, keep track of others’ achievements, and be notified of important app changes or offers. 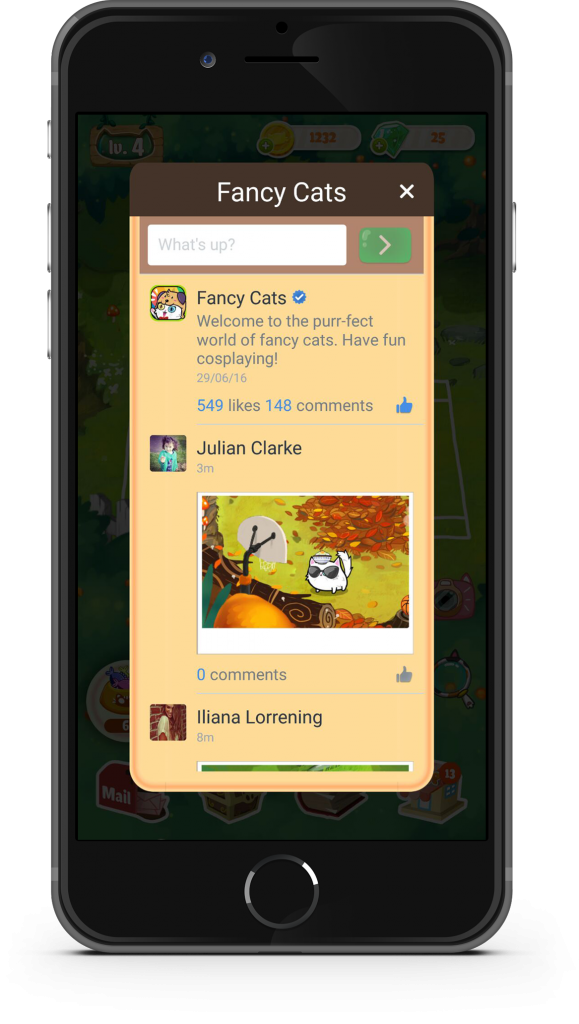 Communities are also able to drive more in-app conversions as people tend to make purchases when recommended by users they know, or when they see how they have benefitted another user.

Your users interact with apps in different ways, then why target them with the same in-app purchases or promotions? We’re not saying that you should create different features to offer, but considering their purchase triggers and ability to convert is definitely something you need to keep in mind.

The best way to implement an effective monetization strategy is to offer dynamic pricing on in-app purchases and promoting them based on the user’s activity in the app. Doing so will make the user more likely to convert.

Once a user does convert, he is more likely to remain committed to the app as compared to while he is still using it for free.

Most publishers that could have possibly featured your app to their target market, are facing conversion challenges because of ad blockers. The rise of ad blockers isn’t just hampering their revenue, but also your user acquisition.

Using smart tactics like paid-to-free, app store optimization, word-of-mouth marketing, influencer marketing and localisation, you can continue to grow your app sustainably in the age of ad blockers.

The only way to save your app from failing in this competitive market is to focus on contextual engagement and consistent optimization to better the user’s experience. If a user is hooked to the concept and use of your app – whether professionally, personally or for entertainment – he is likely to stay!