But what is the metaverse? At first glance, it looks like an improved version of virtual reality technology that has been around for years. However, some believe that the metaverse is the future of the Internet and can be the same breakthrough for VR that smartphones were after the first mobile phones.

The Metaverse will allow the use of VR glasses to enter a virtual world that connects various digital communities. We are supposed to use a 3D avatar in this virtual world, which is very reminiscent of the future described in Ernest Cline’s Ready Player One.

Unlike existing VR products that are primarily used for gaming, the Metaverse can be used for just about anything—work, entertainment, concerts, movies, shopping, fitness, workouts, socializing, and more. The possibilities for using the technology are endless. However, in this article, we are going to talk about the metaverse in the context of mobile gaming.

Facebook intends to spend $10 billion on the development of its metaverse. And this is just the beginning. In the coming years, we will see a growing trend towards virtual reality. The number of metaverse apps will increase, especially in the gaming industry. In 2022, there will be many new products and solutions to monetize these apps with different strategies. A good in-app advertising strategy can literally become a game-changer in the industry.

The metaverse will promote even more cross-platform games and encourage publishers to release mobile and AR products. The concept of the metaverse is quite difficult to formulate – at the moment it is an amorphous web of 3D gaming platforms, VR worlds, and AR apps. However, global brands such as Nike, Gucci, Disney, and others have announced their readiness to build their own metaverses.  As a result, metaverse related hiring has grown by 400% in 2021. Bloomberg predicts that the metaverse market will reach $800 billion by 2024.

2022 promises to be a busy year. The main focus of mobile marketing will be on apps. There will be a growing trend for brands to use AR or VR to interact with consumers. The number of smartphone users will continue to grow (there are more than 1 million of them daily in the world), and the number of mobile game users will also increase proportionally. In such a situation, companies need to develop their own ecosystem. They also need to stay up to date with the rapidly changing technology market, diversify communication channels, and optimize costs.

What makes for a metaverse mobile game?

Nobody is quite sure about the actual level of immersion in the metaverse. Apparently, it will be based on VR and AR technologies. Mobile and VR are not compatible enough for the metaverse to function properly. However, AR is the dominant technology on mobile. Apple was expected to release the so-called “Apple Glasses” – the augmented reality headset – in 2022, but, according to the latest news, they have postponed the release until 2023.

Recently mobile games have been actively adopting social features, especially during pandemic times. Now, these features are not limited only to in-game chats, activity feeds, guild mechanics, etc. – some of the games are also implementing the metaverse functionality. Let’s take a look at some examples. 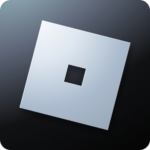 Roblox is an online multiplayer platform that allows users to play games created by other users and create their own. The platform contains user-created games and virtual worlds spanning a wide range of genres, from traditional racing and role-playing games to simulations and obstacle courses. This platform can also be called a giant “metaverse” that has a huge audience.

Roblox occasionally hosts real and virtual events. One such event is their Roblox Developer Conference. The Bloxy Award is held annually, where the best developers and their games are chosen. There have also previously been virtual egg hunts (discontinued as of 2021) and events such as BloxCon. On November 15, 2020, Roblox teamed up with Lil Nas X to host a global in-game concert to test a new feature in the engine. 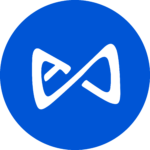 This game uses the play to earn approach. The players collect, raise, and breed creatures called Axies (similar to Pokemon) and participate in player vs. player battles with them. The game has its own token – AXS – that the players can use to buy and sell the creatures, making a real profit. 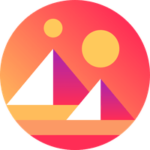 Decentraland is a decentralized virtual reality platform that consists of 90,601 land plots. The platform is a metaverse where users can create, use, and monetize content. Decentraland’s virtual real estate is a non-fungible token (NFT) that can be bought in the MANA cryptocurrency based on the Ethereum blockchain. 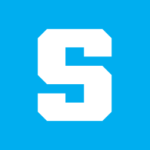 The Sandbox is a mobile game first released on May 15, 2012, for iOS and Android. It was developed by Pixowl and acquired by Animoca Brands in 2018. In the game, 3D worlds can be played side by side like in a metaverse. Users can trade products created in the game (with the currency “SAND” or “LAND” in the form of NFTs, “ERC-721”) via the “OpenSea” marketplace. Owners of “LAND” properties benefit from cooperation with neighbouring prominent owners. The Sandbox has also partnered with Adidas, Warner Music Group, deadmau5, Richie Hawtin, Snoop Dogg, Pororo, Shaun the Sheep, The Walking Dead, Atari, PwC Hong Kong, Care Bears, and The Smurfs.

The mobile world now depends on the Apple and Google stores. People have to download an app and then have the option to pay in different ways. However, for a seamless user experience, metaverse mobile games need to rely on streaming technology and mobile internet when playing outside of the Wi-Fi range. Microsoft has already launched Xbox Cloud Gaming that runs on mobile, taking another step closer to the metaverse vision of seamless streaming experiences on mobile devices.

Having open standards means that the metaverse has no owner. However, the current business model of Apple and Google does not allow that, retaining strict control over the billing and imposing publishing restrictions. This already resulted in the removal of Fortnite’s mobile version from the App Store in 2020.

Virtual reality has been around for many years, but high expectations for its future have never materialized. With the metaverse, the situation is radically different. It is watched with great interest by investors and tech companies who do not want to miss the opportunity to be among the first movers.

The metaverse still remains “an uncharted land” in the world of mobile games. However, according to the recent predictions, it will be growing and evolving, providing the players with immersive social features.

Gaming Industry Trends: What to Prepare for in 2022?