On the back of PGC London, Casual Connect Amsterdam, MWC Barcelona and GDC San Francisco, 2016 has now firmly begun.

Here below would be the major trends of the year, the stuff that everybody talks about in the business and marketing circles of the mobile games industry at the moment. These trends are going to shape the market in the short run.

Data-Driven UA is the Old Black
Data-Driven User Acquisition has been the hot rising trend of the mobile gaming industry for the last few years, ever since the shift to free-to-play has become evident. This activity has built many successes in our industry and pretty much all publishers have flocked to try and replicate that success for themselves. And now big traditional brands have stepped in with their fat budgets too. Naturally, the CPI prices have been constantly on the up and up and we closed last year reaching the prophecy many had made long before: the mobile ad rates are no longer tenable for most advertisers.

The last quarters of 2015, we have witnessed a flurry of top well-known UA spenders either reducing their data-driven UA budgets or cutting it off entirely, to reassign their ad dollars elsewhere. This trend is bound to grow in the foreseeable future… Until the exodus actually drives CPI prices down again to a more attractive level – It’s all cyclical that sort of stuff. In the meantime, Machine Zone and Supercell dominate the scene and few are those who can follow their Lance Armstrong rhythm.

2016 will see a radical shift to the basics of the old Mad Men days: marketing mix, branding, influencer endorsements, events, TV, alternative distribution – like said above, trends are cyclical.

Influencer Marketing is the New Black
From sponsored content with top YouTubers, Twitchers, Snapchatters, Viners and Instagrammers, to games featuring Kim Kardashian, Katy Perry, Paris Hilton, Britney Spears, Shakira, PewDiePie or Miranda Sings, 2015 has seen a big revival of celebrity endorsement in gaming. All signals and industry chatters point that this was just the beginning: everybody around our industry seems to be keen on either doubling down on Influencer Marketing in 2016, or giving it their first try. Competition in this space is about to step up a notch. Or two.

TV Commercials – Back to Black
TV Commercials are back in full force and competition is about to get fierce on that turf as well in 2016. Besides the fact that “TV builds brands like nothing else”, when done right, TVC currently boasts better eCPI rates than the sky-rocketing rates getting paid on data-driven digital UA channels.

A quick glance at iSpot.tv shows ad buys from mobile game publishers constantly on the rise across this medium, and it’s not just Machine Zone, Supercell, Gung Ho and King anymore.

Cut-Through Stunts – Blacker than Black
Good marketer gets things done, great marketer makes things happen. Marketing being all about standing out from the crowds, those looking for the win try and combine various exciting creative components with a well-timed sizable spend and brute force distribution. Or in five letters, a stunt is what they are looking for.

We’ve seen examples of this before, starting with the Angry Birds Space launch from actual Space, which pretty much propelled the era of mobile blockbusters. Last year, we have witnessed the Liam Neeson Superbowl moment from Supercell for Clash of Clans, Machine Zone using Kate Upton, Mariah Carey and Arnold Schwarzenegger across all their (ubiquitous) commercials, Rovio’s Mighty Eagle Peter Vesterbacka tour the world in the good company of Shakira for Love Rocks, and then there’s Seriously running a Christmas charity race for Best Fiends with the world’s biggest youtubers and U.S. TV star Ellen DeGeneres.

In 2016, Angry Birds becomes a motion-picture with a 180MM$ Sony Pictures marketing spend around its release. The frontiers between the various entertainment industries are blurred and Mobile Games Marketing is becoming a spectacle in and of itself. I’m sure looking forward to the holographic promos and drone-light shows at Comic-Conand such events this coming year.

Video Sharing
EveryPlay and Kamcord pioneered the field with replay video sharing to Facebook, Twitter, YouTube and other networks. Apple introduced its own first-party ReplayKit in iOS9. This gameplay video sharing technique has been a very solid tool to grow awareness first, and a community second. My Talking Tom would be the poster boy for this.

Over the second half of 2015, we’ve seen the needle gradually move onto in-game live-streaming, with quite a few players getting ready to compete for the “Twitch of Mobile” crown. Startup Mobcrush is dedicated to that mission alone and has caught quite a bit of momentum ever since its beta surfaced. Mobcrush had a strong 2015, securing 11MM$ in funding, hiring ex-Googler Koh Kim and ex-Appler Greg Essig to ramp up business development efforts, and launching a live app on Google Play just before the end of the year. Their momentum comes from the high number of top influencers they have convinced to come on board and make videos for the platform.

Kamcord will not let someone else eat its lunch without a fight though. Since last summer, Kamcord has been upgraded with streaming functionalities. Funnily enough, when you search for Mobcrush on the Apple App Store, Kamcord comes up as first result – hash-tag ASO. Kamcord is backed by Gung Ho and is integrated in many SEGA titles as well as in the runaway hit My Talking Tom, from which a whopping 25.9 million videos have been shared already. It has recently opened offices in Korea and China.

2016 will be the theatre of the streaming wars between all these companies. Publishers will have to place bets on these technological horses for their various titles. Organic growth velocity will depend on making the right one for your game. Keep a close eye on this race!

Mobile eSports
Once you combine the streaming component of the new year eco-system with the rise of in-game cash prizes and skills-based real money gambling, you have all the elements for eSports to naturally develop and thrive on mobile, probably starting from Asia and eventually conquering the world. With titles like Vainglory, Hearthstone or Clash Royale baking eSports into their core marketing strategy and attempting to become the global flagship titles of the movement, mobile eSports is bound to become a reality this year. With sponsored pro gamers, super stars, big events, and cash from big brands gradually pouring in.

Single-Problem-Solving Startups
Hungry startups focusing on a single problem are to eco-systems what bricks are to walls, one at a time, they make the house bigger. There will always be an extra mile to walk in every area of this W.I.P. digital distribution system and many recent startups are laser-focused on one small step that could prove to be a giant leap for us all.

The contenders of the streaming wars mentioned earlier are good examples of this. So are some of my Israeli clients, like TROPHiT, which focuses on turning your virtual items into marketing boosters out-of-app, or Thumzap, which dedicates its business to turning broke teen players into monetizing users by enabling them to ask and receive iAP gifts from their parents in a seamless manner. GetSocial (Social as a Service), Pilot (Soft-Launch), Flexion (off-Google Play Android distribution) and many others also come to mind to illustrate this growing trend.

All these new gadgets allow smart marketers to run ever more sophisticated campaigns, design more accurate funnels and optimize KPIs one by one.

From SDK to API
If they want to succeed and thrive, the Single-Problem-Solving Startups mentioned above better learn from the mistakes of their predecessors and offer solutions beyond the now infamous SDK. The mobile microcosm has matured a lot and bigger companies have different concerns than the indies from a few years back. When running a portfolio of titles rather a single hit, you worry a great deal about deployment and integration time, as well as control. You don’t want to have to update each and every title on every single store front every time you activate or deactivate something. You want to be able to do this across the board by simply flipping a few digital switches. That means moving as much stuff as possible to the back-end servers that run all the titles, and keep in-app changes down to the absolutely vital, and a one-time thing only.

The Rise of India
It’s been talked about a lot last year, 2016 will see the digital Elephant rise. “The Next Billion opportunity” as many refer to it. Hundreds of millions of smartphone devices are getting poured into India this coming year and many market signals show a growth potential similar to that of China circa 2011-2012, when the Digital Dragon awakened. Several key local players are preparing for this tide rise, as we have seen with the recent signature of Zeptolab’s Cut The Rope by Nazara. Data constraints and file-size are the main barriers to entry in this market – 15MB is the limit to aim for. However, if you have a light-weight casual hit in your portfolio though, India is about to be worth catering and culturalizing for.

Other emerging markets are on an interesting growth path on the macro level, such as Russia, Taiwan or Brazil, but obviously none of them boasts the sheer population size of India.

Disclaimer: This blog post is a duplicatefrom the original article by Pascal Claryssefeatured on LinkedIn Pulse 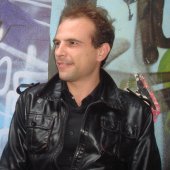