What is Mobile App Retargeting?

Also known as remarketing, mobile app retargeting is a popular marketing and advertising tactic that helps businesses stay visible in front of people who have shown some kind of interest in them. Whether they have visited their website or used their app once, retargeting is an effective way of re-engaging lost users and acquiring new ones. In this post, we’re going to see how mobile retargeting works, how GetSocial can help retarget app users, and which best practices are useful for effective retargeting.

Retargeting is advertising only to people who have previously shown interest in or interacted with your business. For instance, all smartphone users who have visited your app’s landing page but not downloaded the app or all users who downloaded the app but never started using it. According to the research conducted in 2018, users typically delete apps in 5.8 days after the last use. Therefore, you have approximately one week to develop efficient retargeting strategies and thus retain the users.

GetSocial uses a smart invite technology to assist developers with app retargeting. It lets the developer add a tracking pixel (via Google tag manager) when users click on an invite link they receive from their friends. This allows app developers to run retargeting campaigns on social media and other networks with advertisements that showcase different aspects of the app the user has shown interest in. Such campaigns perform better because your app has already been endorsed by their friends.

How Do You Implement Retargeting?

Retargeting has always been a multichannel strategy because several channels give you more chances to retarget app users. Let’s take a look at the two most popular retargeting channels: Google Ads and Facebook – and see how it is possible to re-engage users via these channels.

Google Ads offers its сustomers who want to increase app downloads a wide variety of ways to set up remarketing. For example, it allows you to use remarketing lists for YouTube video campaigns. Here’s how it works:

After your list has gained interactions from at least 100 viewers, you can use it for your ads and campaigns. It is also possible to add a remarketing list to an existing ad group or campaign. Please also note that if you use several targeting methods at once, such as a keyword, channel, and age, Google Ads will apply them all, thus significantly restricting your impressions.

As for Facebook, first of all, you need to include the Facebook SDK in your app. After that, you can create a dynamic ad that can help you retarget app users. You have several retargeting options, such as Viewed or Added to Cart But Not Purchased, Added to Cart But Not Purchased, Upsell Products, Cross-Sell Products, and Custom Combination. A dynamic ad is an ad template that automatically fetches images and other information from your catalog. As a result, you can use various creative options to encourage people to take action on your ad.

To give you a better understanding of how retargeting works, we will share with you some best practices supported by real-life success stories and examples.

Best Practice #1: Do not annoy your users

Some apps prefer to use a combination of various marketing methods. If used too frequently and too interchangeably, they can rather scare off than re-engage the users. A good solution here would be automated retargeting with specialized tools. For example, the Wallapop app, a virtual flea market for iOS devices, has managed to seamlessly integrate CRM with remarketing efforts by using automated retargeting. As a result, their in-app messages, push notifications, emails, and retargeting ads complement one another, acting as one more layer on top of CRM. As a result, the user does not see any duplicated content.

Segmentation means more accurate targeting when you break down your audience into smaller segments according to demographics, location, gender, time zone, shopping habits, etc. Fitness app Runtastic used segmentation to reach the next level of retargeting – specifically, encourage the specialized app users to download one more app – Runtastic Results. The main KPIs of the campaign were CPI (cost per install), CPP (cost per purchase), RTP (registration to purchase), and ROAS (return on ad spend). As a result, the ROAS boosted by 74.31%. Besides, it was also discovered that male cross-promo campaigns performed better than female ones.

Read more: What is User Segmentation and How to Implement It in Your App

Read more: A Comprehensive Guide to Deep Linking: Making It Work for Your Mobile App

Best Practice #4: Use the power of gamification

Like apps themselves, online ads can have game-like elements, too. For instance, in search of user retention strategies, the travel app Ouibus used the scratch card ads to retarget users who were already engaged with the app. After that, the performance significantly improved. Motivated by this success, the team proceeded with the flash sales campaign, which lasted one week. After this week, the company received a 27% revenue. They also experienced incremental lifts in purchases – up to 15% – during the next months. 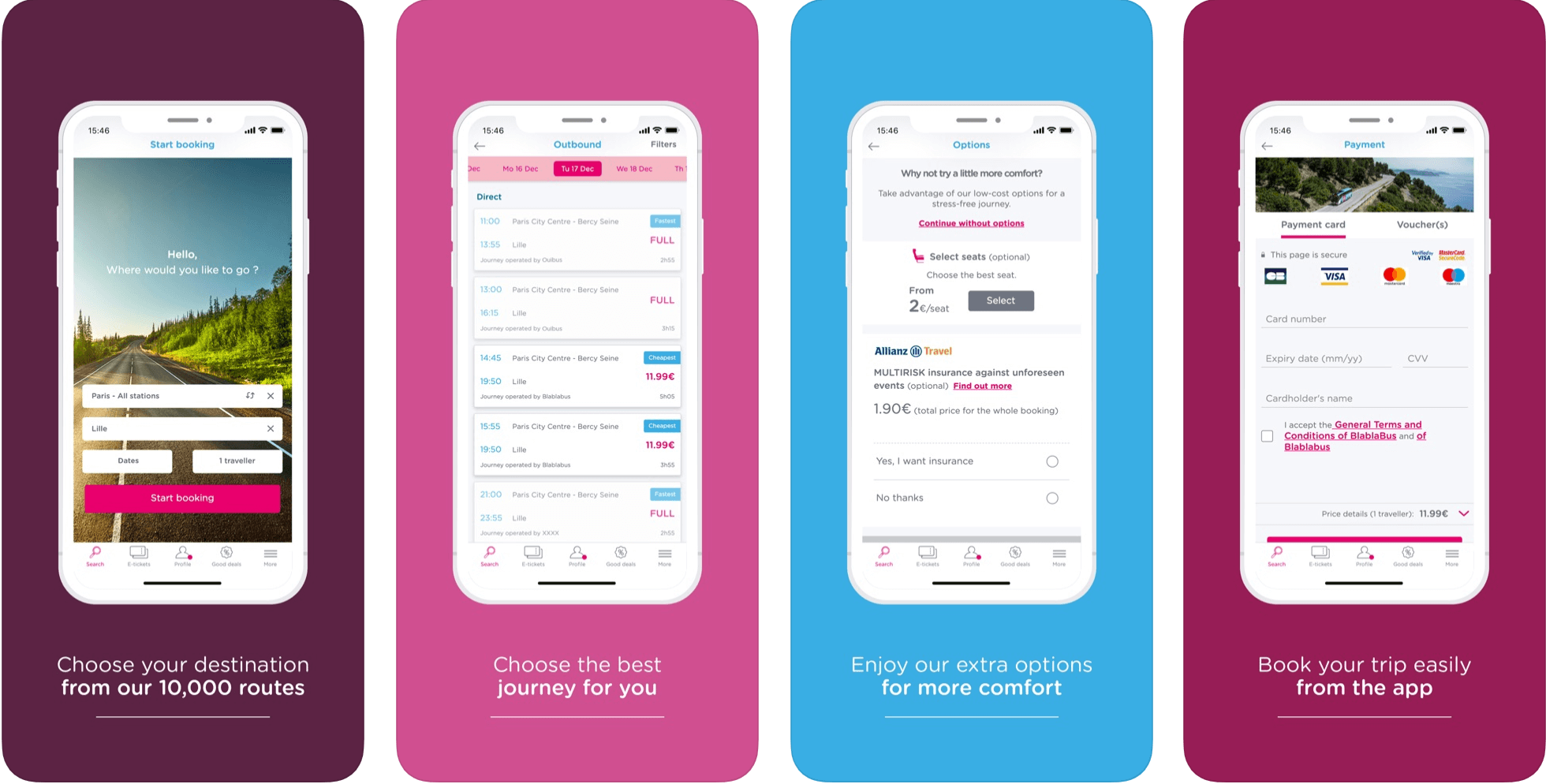 A/B testing or split testing is a practice of running two different versions of the same ad campaign just to find out which one performs better. This practice is also efficient for mobile app retargeting. For example, to find out how retargeted ads impact the sales, the Nude by Nature cosmetics brand used split testing. During the testing, the marketing team directed their remarketing effort to 75% of their target audience (exposed group) while the remaining 25% acted as a control group. As a result, the exposed group demonstrated the 11.8% sales growth as compared with the control group.

Customers get rewards for participating in loyalty programs and are thus encouraged to remain with the brand and spend more. This is also true for mobile apps. For instance, each holiday season, Starbucks launches its Rewards program via the Starbucks app. The participants had to buy something through the app and then get rewarded for other activities within the app, such as purchasing multiple drinks or buying branded products, e.g. mugs. As a result, seasonal customers become lifetime customers. 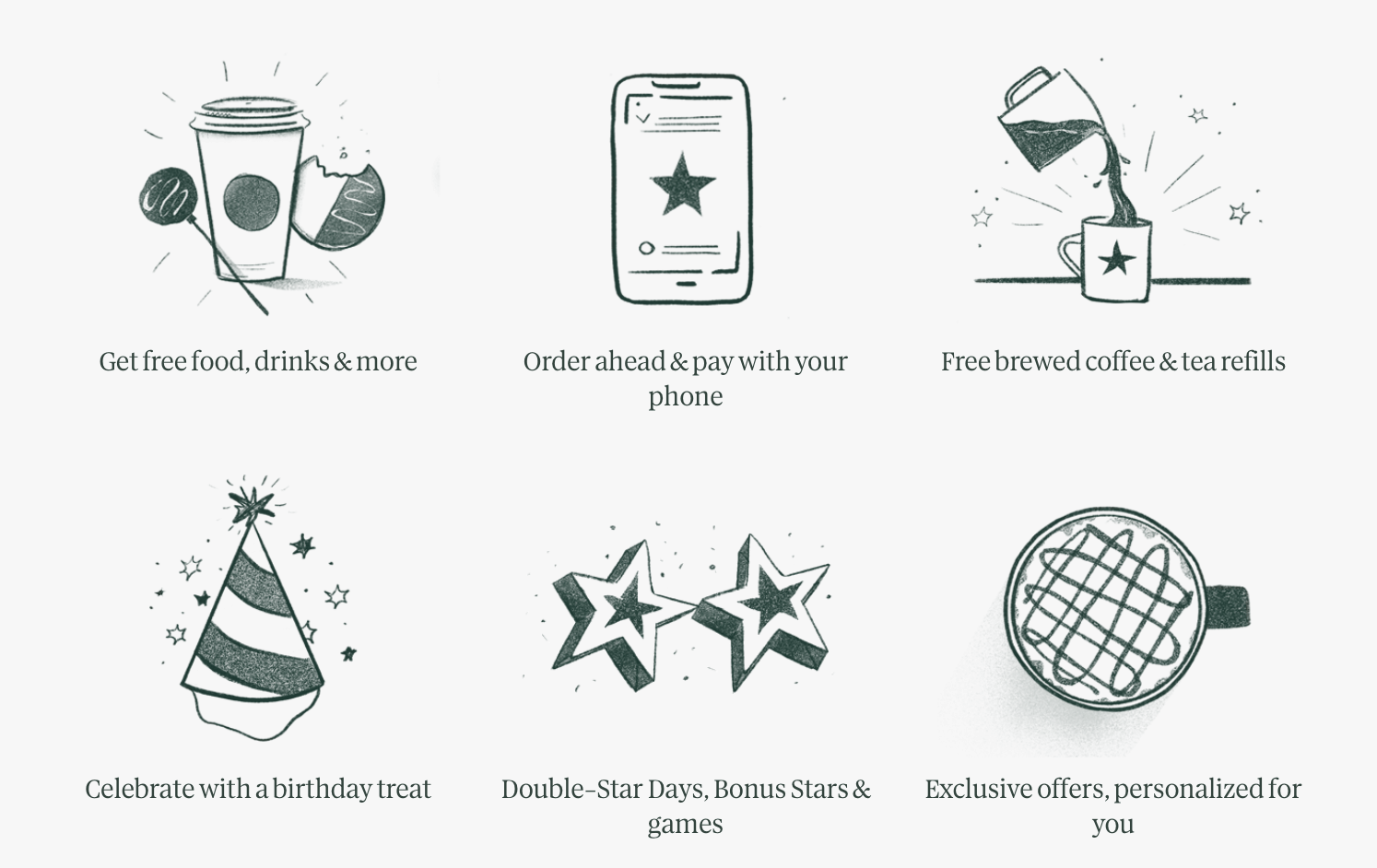 Best Practice #7: Use the CPE model

The CPE (Cost per Engagement) model means that the advertising impressions are free. The advertiser will pay only when a user engages with the ad. In other words, this model focuses on user engagement rather than clicks or impressions, which is perfect for app retargeting. Mamsy, an online store for pregnant women, parents, and children, launched the retargeting campaign by using the CPE model. As a result, during three months, the brand managed to retarget 4 times more users than before.

Use different, highly customized design elements and formats, e.g. video or animation, in your creatives. For example, iFood, a food delivery app in Brazil, retargeted 18% of customers with the help of dynamic creatives. Together with 85% growth in first orders, the company managed to decrease their CPA (Cost per Action) metric by 58%.

These stages can be “installed an app but haven’t made any in-app purchases,” “purchased only once,” “added an item to cart but didn’t purchase,” etc. In the case of Mytona, a mobile app development company, these were also users who had reached certain game levels but hadn’t made any progress. By using stage-based retargeting in a campaign for one of their mobile games, the company achieved impressive results: a 183% lift in CTR, a 569% increase in in-app purchases, and a 90% decrease in CPA.

You should have an idea of what you need to achieve at the end of the campaign, expressed as precisely as possible, up to the exact percentage of CTR or ROAS increase. This is actually one of the best practices outlined by Garena, a mobile games development company. According to their user re-engagement playbook, setting the KPIs and objectives is the key to running a successful re-engagement campaign. For instance, Garena used DAU (daily average users) as the key metric for measuring the marketing campaign success. By analyzing this metric more deeply, they got an understanding of how to direct their retargeting campaign, e.g. either by in-game rewards or by new items, skins, and modes.

Mobile retargeting campaigns are more effective than any other advertising tactics. Being targeted at people who have shown an inclination towards what the business has to offer, they demonstrate the higher click through and conversion rates.