Are you one of those many smartphone users who are hopping across streets, walking through bushes, climbing over fences and just being your fittest self to….catch a Pokemon? Well, congratulations! You too are love struck and absolutely smitten by Pokemon Go. And in this post, we’re going to look into why this game got instantly accepted – way too popularly! 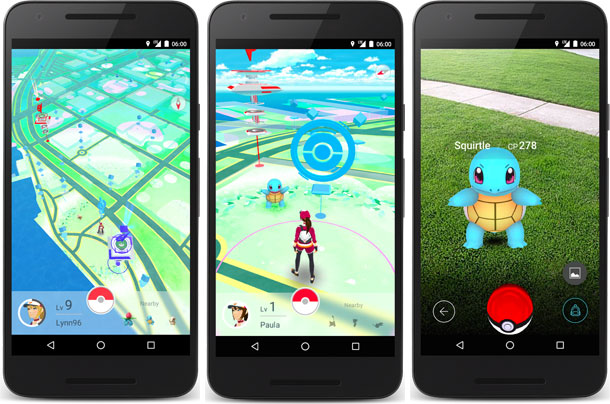 The game that got released on July 6th, has practically skyrocketed in the mobile world. From various checkins to social shares of who caught which Pokemon, inviting their friends to join them on the game and competing with another – practically everyone has caught up on the trend.

If you don’t believe us, here’s a sign board that a restaurant in New York has put up outside to attract more customers: 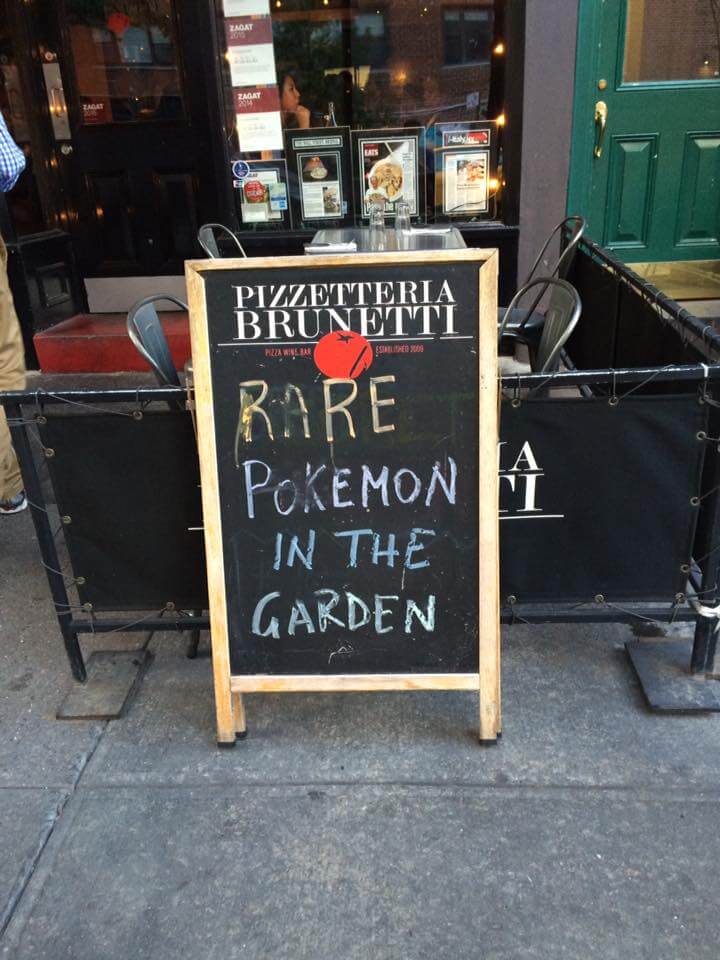 Need more proof on how crazy people are going over the game? Here’s my search for #pokemongo on ‘only’ Instagram – it already has 3,177,202 posts and the number is increasing as we speak. 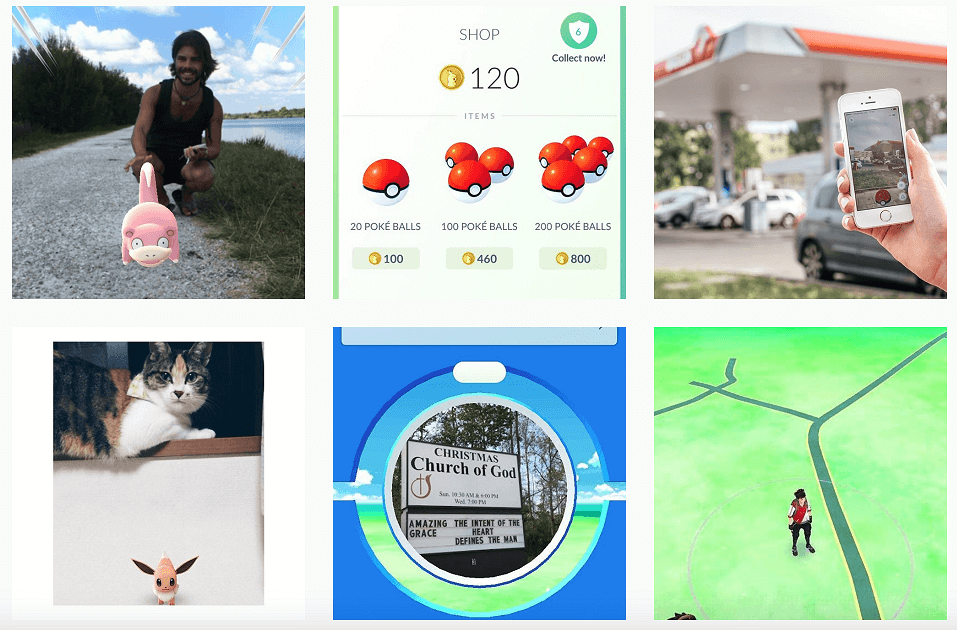 So, it’s not just people who are catching up with their 90’s love all over again, but also brands and businesses are using it to grow faster – something we lovingly refer to as, trendjacking.

Here’s taking a look at some reasons the game became a super hit amongst all age groups – almost instantly:

1. It connects with the users

The generation of today only responds only to what they can relate with or what adds value to their day-to-day lives. And PokemonGo certainly struck a chord with all those 90s kids out there! Reminiscing their favourite show, everyone instantly connected with the game. Getting to play their favourite character and collecting pokemons being their ultimate quest, was like a dream come true for many.

2. It focuses on enhancing the user experience

The game taps into the potential of augmented reality to enhance the gaming experience of its players – not something most games have looked into till date! Introducing a new gaming concept, Pokemon Go instantly engaged and hooked its users. The better (and interesting) the experience of a user, the more likely he is to have multiple, long in-app sessions.

According to TechCrunch, Pokemon Go’s retention rates and average revenue per user are double the industry average already1. Also, the game’s average revenue per daily active user has even surpassed some of the most popular games like Candy Crush Saga2.

3. It is focusing on brand awareness

Continuing on the point above, players are practically sharing their Pokemon journey everywhere. And their level of engagement in the game on a daily basis has been covered by the likes of Buzzfeed too! Because the game focuses on disrupting their regular routines, the interest of the players gets sparked instantly.

With the possibility of pokemons being found absolutely anywhere, people are constantly glued to their smartphone screen – either searching for them or searching for hacks to do the same. This ripple effect has boosted the brand’s awareness by manifolds.

For instance, this little guy here was found casually chilling on a quilt at a design studio! 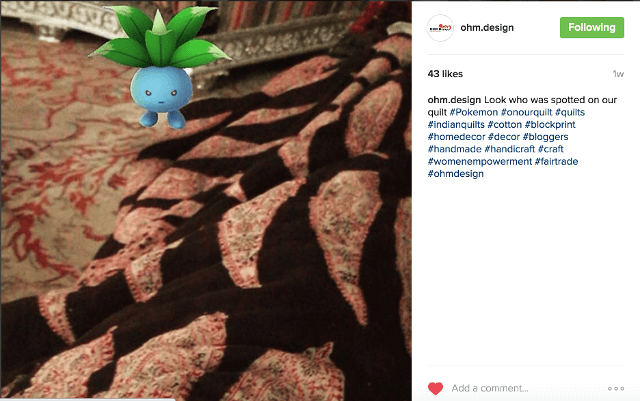 4. It has a sense of familiarity and is newsworthy!

Another aspect that the familiarity with pokemons resulted in was making the game a lot more newsworthy. Be it for the good reasons like encouraging people to go outdoors more often or bad reasons such as accidents caused because the player was way too engrossed in the game, Pokemon Go is definitely headline worthy!

This has given the game far more media hype than what their marketing strategies had initially even included! We’d call that, content marketing for games done right.

5. It is tapping into contextual monetization

Monetization is often a challenge for game developers and marketers. Everyone likes to continue playing a game as long as it is free, and abandon it once an in-app purchase is required. The reason being, most of these players think they don’t really need to make the purchase – they can head over to the app store and look for another free game instead!

This is where the importance of contextual in-app monetization comes in. Pokemon Go first used augmented reality to enhance the player’s experience and get him hooked to the game. Then it moved on to suggesting in-app purchases as per the player’s progress. With the hook already in place, players are more than willing to convert.

The game offers various kinds of in-app purchases depending on what a player might require to complete a quest. 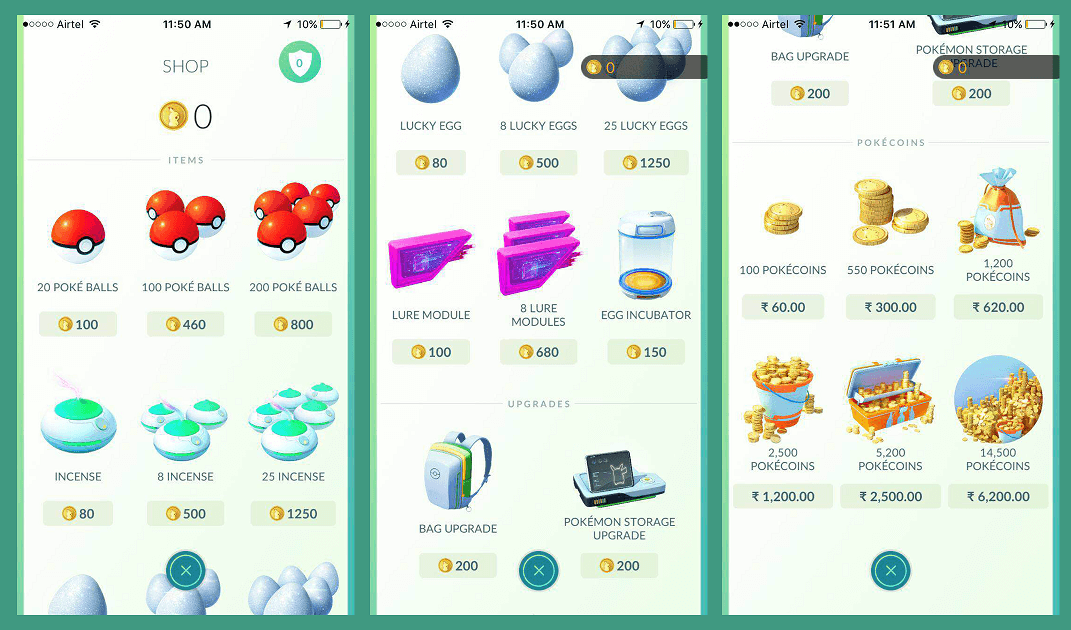 Also read: The top 2 conversions you should care about as a game developer

But here’s the one very important thing that Pokemon Go lacks and your game could use to benefit from..

6. It does not give players the opportunity to create an in-app community

The internet savvy generation of today has a primary need of wanting to socialise with like minded people. They network to discuss interesting topics or find hacks to completing a challenging level in the game. Players are by themselves forming communities on digital platforms to share their accomplishments throughout their quest.

For that matter, there are also applications coming up to cater to this need to ‘network’ of theirs. Chat for Pokemon Go let’s people playing the game connect and discuss their approach to catching the next Pokemon. 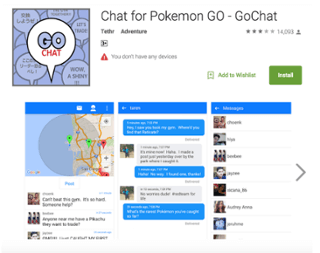 Another app that is picking up on Pokemon Go’s inability to connect people in-app, is GoSnaps. The app enables people share their screenshots from the game with others who are playing simultaneously at their location. The app basically serves as a fun way for players to see the progress of others playing the game in their area.

While the game is bringing people in the physical world together – quite literally because we have never seen the parks so full of enthusiastic gamers trying to catch Pokemons; it doesn’t really cater to their online socialising need.

People still have to take screenshots of the app, switch to a social app and then ask other players about their progress in the game. Even though the app sessions of the game are currently very long, they are still not tapping into the complete potential!

Imagine if the players could share their progress with a community that was within the app? No switching applications and a lot longer app sessions. After all, people with common interests bond and keep each other motivated to keep going.

Wouldn’t it be simpler if they could follow each other’s journey, in the game itself, through the game via social features like Activity Feeds? 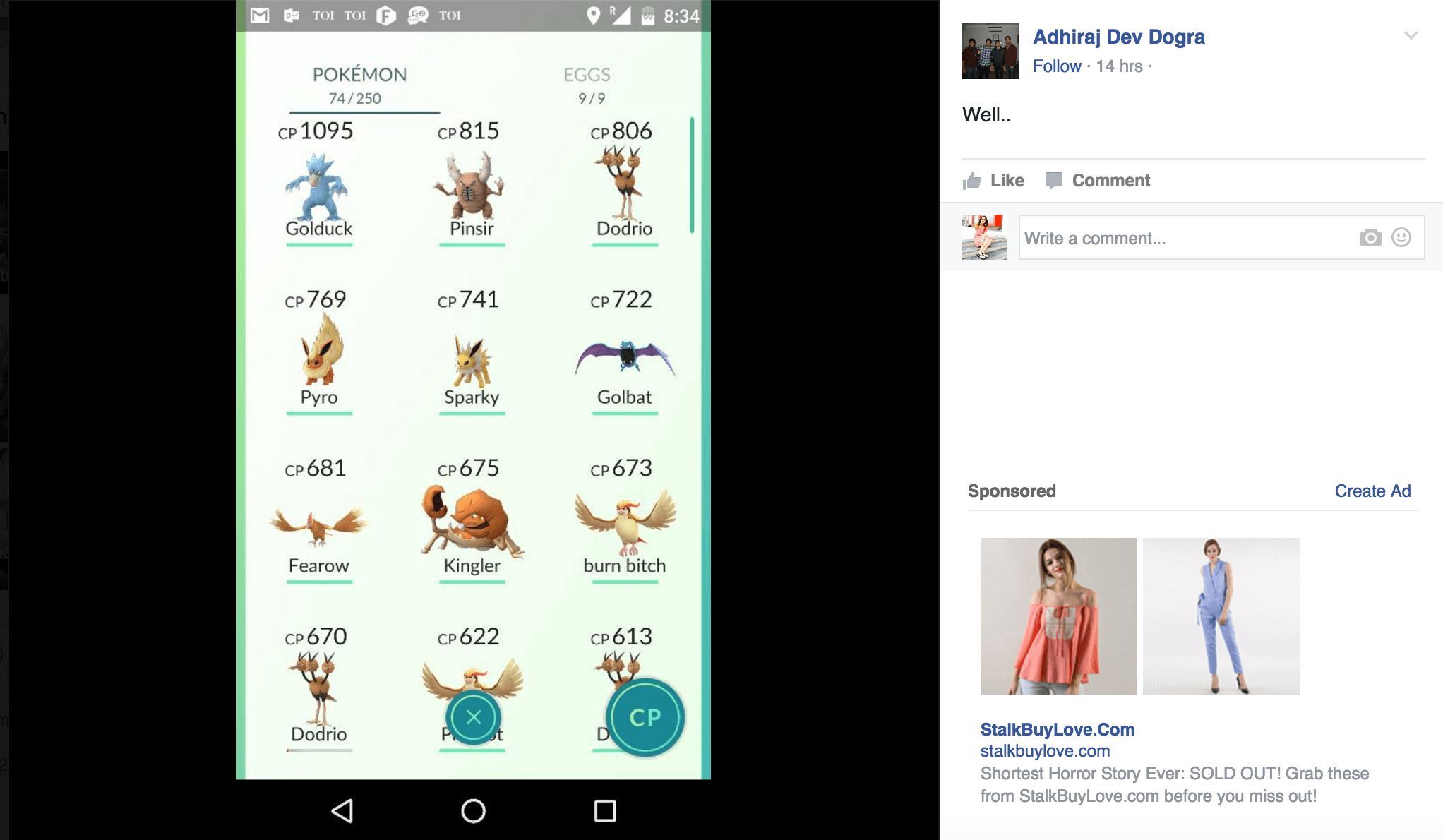 Pokemon Go has also become the most downloaded app in the first week of its launch, as reported by TechCrunch. If the game to continues to optimize its flow by including more social features and keep its players engaged throughout, it is all set for further growth in the gaming apps market.

Are you developing a game that might get overshadowed by the hype of Pokemon Go or is at the risk of getting uninstalled soon?

Here are a few posts we previously wrote, to help you avoid losing your players as well as sustainably continue to monetize:

So how many Pokemons have you caught so far? Gotta catch em’ all so game on!