Apple has finally addressed the one concern all their users have had – managing the space on their phones. With iOS 11, they have introduced a new feature called ‘Offload Unused Apps’ that automatically deletes the rarely-used apps. Simply put, great news for users and another reason for higher churn rates of apps that developers will need to worry about.

While the feature removes the apps that users rarely use, it keeps the app’s documents and data safely stored on the device. The deleted apps have a small icon in front of the app name and can be easily reinstalled with one tap – along with all the previous data. So you basically can start from where you left the app!

As an iOS user, you might be saying YAY! But as an iOS developer, it’s just another reason to worry about.

Why Offload Unused Apps is a bad news for iOS developers

According to Localytics, 24% users abandon an app after one use. That only goes to say how most users don’t even wait to explore all the features of an app, before getting distracted by another app in the market. So even if your app remains on their phone without being used, there is a higher chance that it simply gets deleted if the user has this new feature enabled. 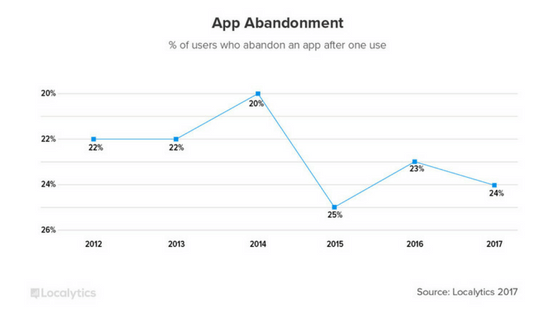 The same study by Localytics also indicated that the number of users returning to an app more than 10 times has decreased from 2016 to now. Only 37% of the users are making use of an app more frequently. Now with the Offload Apps feature enabled, a rarely used app has a higher chance of getting deleted – not even getting a chance to re-engage a user and encourage another session. 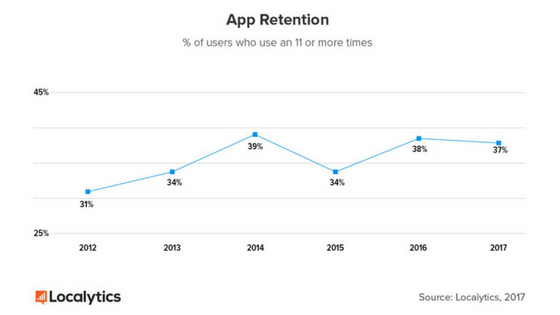 With the above two playing in, developers are going to face a challenge in growing their app at a faster pace. Since the churn of users is going to increase with the new feature, there are lesser opportunities for them to re-engage their users before they churn or even drive them towards an incentivised referral program.

The solution: Early on user engagement

It is becoming increasingly important for developers to focus on engaging their users right from the point of acquisition. Now, early on engagement will have a direct impact on the retention rate and growth rate of apps.

So here’s how you can go from being used once to more than 10 times and even becoming a part of the user’s break time:

Onboarding has always played a crucial role in how the users interact with an app and if they would continue to use it after 2 days of downloading it. It is now that you can introduce all the important features of your app, creating an engaging hook right from the beginning.

For instance, during the first session in the app, Kim Kardashian uses popup chat boxes to guide the user to the next step. This ensures they know exactly where they can find a feature, before giving up or losing interest. 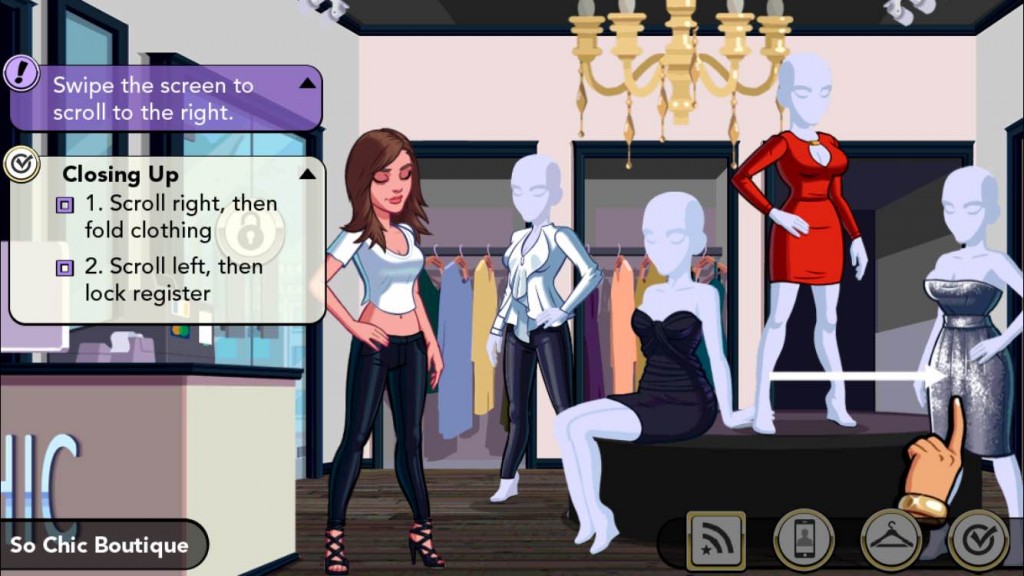 Also read: GetSocial Deep Linking – Why you need it for app growth

According to a survey by Facebook, creating a community for your users will double the retention rates of your app. The sense of belonging to a group makes users 2.7X more likely to stay and 2.3X more likely to leave if the members aren’t playing. 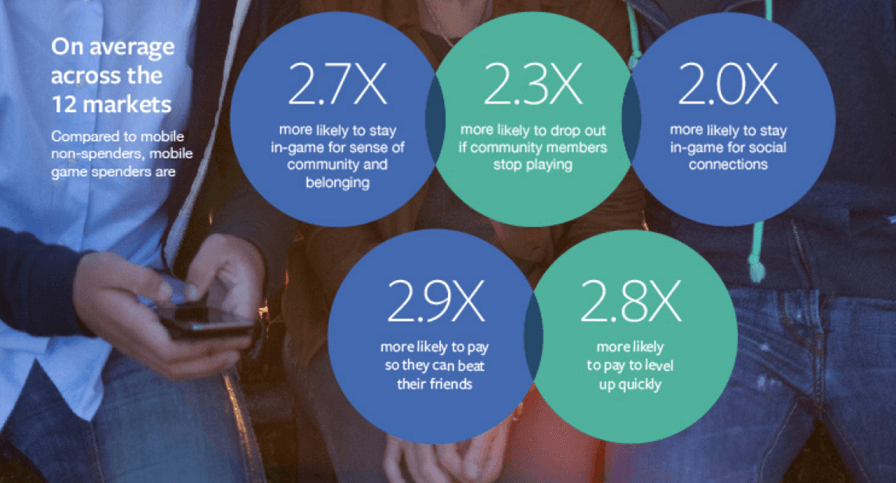 Using an Activity Feed in your game or app does the trick. It becomes the feed where users can see what the others are doing – what level of the game they are on, what new feature of the app they have discovered and how they can do it too! The feed is a way to pull back your users every time a new user activity takes place, keeping them hooked to your app and increasing the number of sessions. 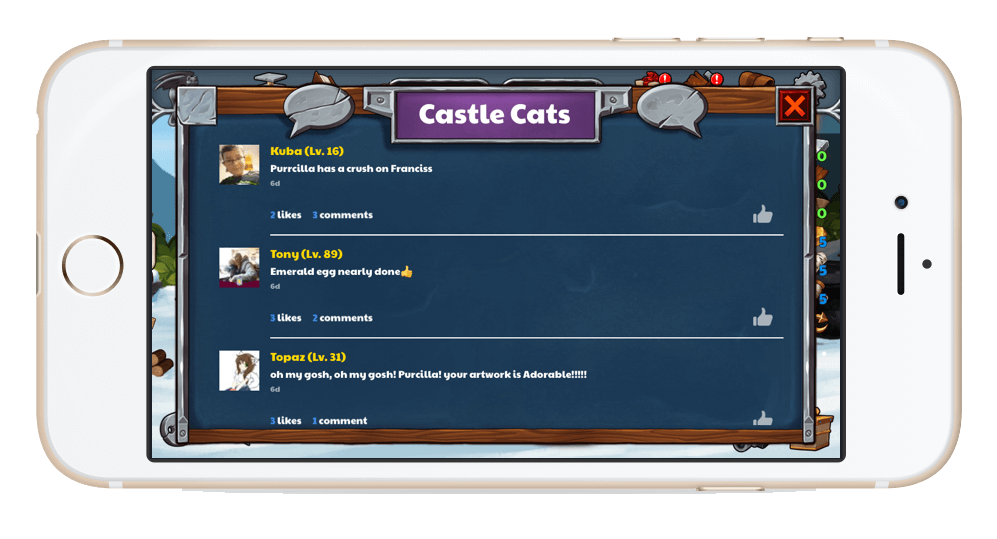 The one thing that every user has the time for every day, is socialising with his friends and family. Now they might choose to use social media platforms or chat apps to keep in touch, but what if you had their entire group on your app instead?

Creating a community and making it easy for them to invite their friends to join the app is all you need to do. You’ll not just get a word of mouth promotion and more users for your app, but also a greater number of sessions from each one of them. GetSocial Smart Invites enable your users to send invites all popular social channels and chat apps, increasing the chances of a user completing the action of inviting their friends to the app.

Also read: How to turn your power players into brand advocates

You will leverage the power of referrals only if you’re also able to connect related users inside the app. With Social Graph, you can automatically map how two users are connected – irrespective of the channel they were invited from. This creates an opportunity for you to instantly gamify their experience together and encourage them for an app session that engages them on a deeper level.

It isn’t necessary for a user to open a specific app every day. He might be interested in playing one game today and another tomorrow. But leaving the user’s interest wander too far off, might result in you losing the user altogether. That’s is where push notifications come in as a subtle reminder to the user about your app. 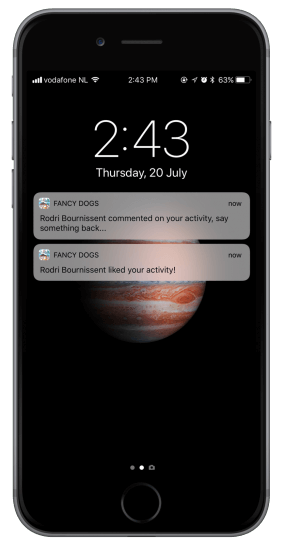 Another way to connect with your users is to enable an in-app chat. This way you can speak to them as soon as they first register on your app, helping them understand what to do next. You can also use this tactic to get feedback from users on their app experience, and tips on how you can make it better for them.

Smart games and apps like Castle Cats are already increasing their user engagement and retention by 10% using these social features. The more social you are, the less likely you become to be ‘offloaded’ from your user’s iPhone.