As of the first quarter of 2021, there are about 2.7 million mobile apps hosted on Google Play and about 2 million apps on the Apple App Store. Quite a lot, right? But don’t think that it is easy to launch a mobile app. You have to be competitive and stand out from the millions of mobile apps in the industry. You need a working strategy that is thought out to the smallest detail to ease the path to success. App launch strategy has a significant impact on user acquisition and retention. It is a marketing effort that requires extensive research and ongoing work to achieve results.

Before you launch your first mobile app, we recommend that you get familiar with the key stages of this process and be aware of common mistakes beforehand. In this article, we are going to guide you through each stage of the app launch procedure.

Before starting a detailed conversation about the costs, functionality, and technology stack, it is crucial that you define a business goal. All further stages depend on the chosen goal:

Firstly, determine what the app should achieve and by what date. How much will you earn with it, how will customer recognition or loyalty increase, how will you measure the achievement of the goal?

The second question is – what budget are you ready to invest in this? If the goal helps to find out which features and technologies are going to be used in the app, then the budget dictates what to abandon.

Read more: How to Take Your Mobile App From Conceptualization to Product-Market Fit

It is important to understand the app’s target audience, what functionality is critical, how competitors’ apps work, and what processes the app should help to automate. You might need to conduct a survey or pay a marketing consultant. But without this, there is a risk of creating an app with dozens of unnecessary features.

Additionally, you should determine whether it is a B2B or B2C app. There are mobile apps for clients: with their help, people buy goods, order services, and use their personal accounts. There are also apps and tools (e.g. Sparkbay) for employees to automate business processes in a company or provide employees with the ability to resolve issues remotely.

At this stage, you also need to identify possible influencers and brand ambassadors. Create a list of all influencers who might be interested in reviewing your app. Connect with them on social media and start a conversation to nurture a relationship before sending them a pitch. These people will help you spread the word about your product after its release.

Step #3: Thinking of the basic functionality

Often, mobile apps are born gradually – first, a demo version with simplified functionality is released (soft launch), and then new features are launched in subsequent releases. The developers collect feedback from users and understand what to focus on in further development, and in the most positive outcome, they can even get a minimum profit. From a marketing point of view, it is important to outline the basic distribution model here, because the main pages of the app itself depend on this.

An app will only be successful if it is downloaded and used. It is crucial that you start the marketing efforts before the launch. Working out a strategy for promoting the app will show you an approximate volume of future investments. The marketing of your app typically consists of the following components:

There are several ways an app can help you make money:

Keep in mind that in some cases app stores charge an impressive commission for user purchases, which can affect the project’s payback period.

Check out our email course to learn more about promoting your mobile app.

User stories are step-by-step descriptions of how the user behaves in the app – for example, login, view the catalog, place an order, and make a purchase. Such a story describes both the user’s task, which they solve with the help of the app and their ultimate benefit. As a result, you get a list of requirements that allows you to define the future app’s functionality and make it as user-friendly as possible.

Let’s say that you want to create an app with which you can print photos as a photo album. The main user stories will be:

The journey map allows you to visualize how different characters will use the app in each of the user stories. On such a map, you can see the entire path of the user, as they move between screens and tap the interface elements. The journey map helps you understand how to technically implement all of the app’s functions.

You should choose the technology stack for your app depending on which category it will belong to, specifically:

Step #7: Calculating the budget and deadlines

How much does it cost to launch an app? The cost depends on the following:

Here are the average market prices:

As for the time, it takes at least 3 months to create a mobile app. This is the shortest estimation. Here is the approximate timeline of the project:

Additionally, it will cost you $25 to publish the app on Google Play and $99 a year – on the Apple App Store.

It is also possible to save development costs without any quality losses, and here is how:

There are also project stages on which it seems that you can save money, but we do not recommend doing this: 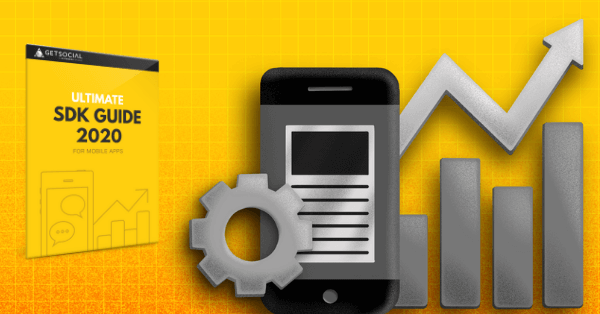 When the analyst gives the designer the wireframes of the graphical interface, visual design starts. It includes drawing a map of screens, graphic elements, and a detailed prototype that considers various use cases.

At this stage, the UI/UX designer creates both the static and interactive prototypes of the app. This shows how the app will look and behave, taking into account the planned features. A prototype is also called an MVP – a minimum viable product.

The key benefit of prototyping is the ability to identify the gaps and tweak the app flow for better usability. An MVP will allow you to gather open feedback from the users at the early stages of development.

Read more: Research and Design: How UX Research Can Lead to a Successful Mobile App

The development team writes code to implement the intended behavior of the app and wire the app logic to the back end, if provided. It also embodies the finished design in the code by writing all of the styles and UI elements with which the app user will be interacting.

During the development, the designers can check how well the developers have implemented the screenshots of the app: whether all the styles correspond to the selected ones, whether the proper color is selected, what is the aspect ratio, how the corners are rounded, etc.

At this phase, bugs are identified and fixed and the product is stabilized: everything is brought into perfect working condition for release. Quality assurance specialists check the app’s performance on different devices and also use special services to test the app on different operating systems.

A mistake in a mobile app release can cost you a lot. Apps appear on Google Play within a few hours, and on the App Store – within several weeks. Errors cause strong negative reactions, users leave low ratings and bad reviews. As a result, new users see this and do not install the app. Therefore, this stage is crucial in the mobile app launch process.

Before you upload your app to the app stores, we strongly recommend making its pre-final version available to a selected group of beta testers. You can either share this version with the testers or use specialized tools, which were created specially for beta testing of new apps in the stores. These are Google Play’s Play Console and Apple’s TestFlight. The purpose of a beta test is to fix the last-minute issues several weeks before the final launch.

Step #12: Publishing in the app stores

Besides the need to compile the version, it is also necessary to prepare information for publishing. This process is very important for making a mobile app stand out from the competition as well as for app store optimization purposes.

It is better to start preparing in advance in order to have time to analyze the competitors and create your own content, which consists of the following:

To pass the moderation successfully, you also need to follow the rules and guidelines of each platform. The moderation process takes on average 3 days on the App Store and 1 – 2 days on Google Play.

After the approval of your app, it is time to notify the community that it is finally out there. In addition to a standard press release, it is a good idea to inform everyone in person.

During the research of the target audience, you should already have created a contact list of potential app users and influencers. Notify them about the release, e.g. create an email newsletter encouraging them to try the app. In such a way you will nurture customer loyalty that you have already started building before the launch date.

After the release, it is crucial to understand that the product is interesting to the target audience. To do this, it is necessary to track important metrics and, based on the data obtained, make decisions on further actions. Here are some popular metrics that you can track:

After the launch, the story of a mobile app has not ended once and for all: you have to monitor the market, adjust to it, and invest in further development. The minimum effort is the launch of updates and bug fixing: such measures allow you to eliminate the flaws that were missed during testing and to prepare the app for the current market requirements.

It is also important to engage in analytics: analyzing the audience and its actions will help invest in the development of only the most wanted features. You need to work hard to attract users, collect all of the metrics and analyze user behavior. If you use push notifications, it will be easier to understand the habits and needs of users with the help of user segmentation.

An app launch is a complex multistage process. Each stage depends on the app and its complexity, but you should always consider the most important points, such as the target audience, marketing efforts, budget, prototyping, development, testing, etc.