Perhaps you have tried cold out reaches and have sent too many emails that you can count. You’ve tried social media but your posts get lost amongst the clutter. You dream that in the ideal world your app will become an overnight success via word of mouth.Dreams can come true as word of mouth is still the most effective form of marketing after all. It’s free and in return you get quality users. With popular chat apps such as We Chat and Whatsapp on the rise more than ever, now is the time to take full advantage. Did you know that 88% of users prefer to invite friends via popular chat apps over Facebook? App invites are crucial to make your app a success.

In simple terms, App Invites enable you as an app developer to grow your app’s audience by letting your existing users invite their contact/friends. App invites also enable you to deep link new users to custom experiences, and tap into your users’ social graph as a source to drive referrals.

Earlier this year Google announced App Invites, which is currently in Beta. Google App Invites is available on both Android and iOS and here’s what’s in the beta toolkit:

Facebook also revealed its own ‘App Invites’ system at F8 earlier this year. It also lets users share personalized messages by adding things like user-generated photos or screenshots. However, these invites are limited to Facebook’s own social graph and can’t be sent by SMS or email. 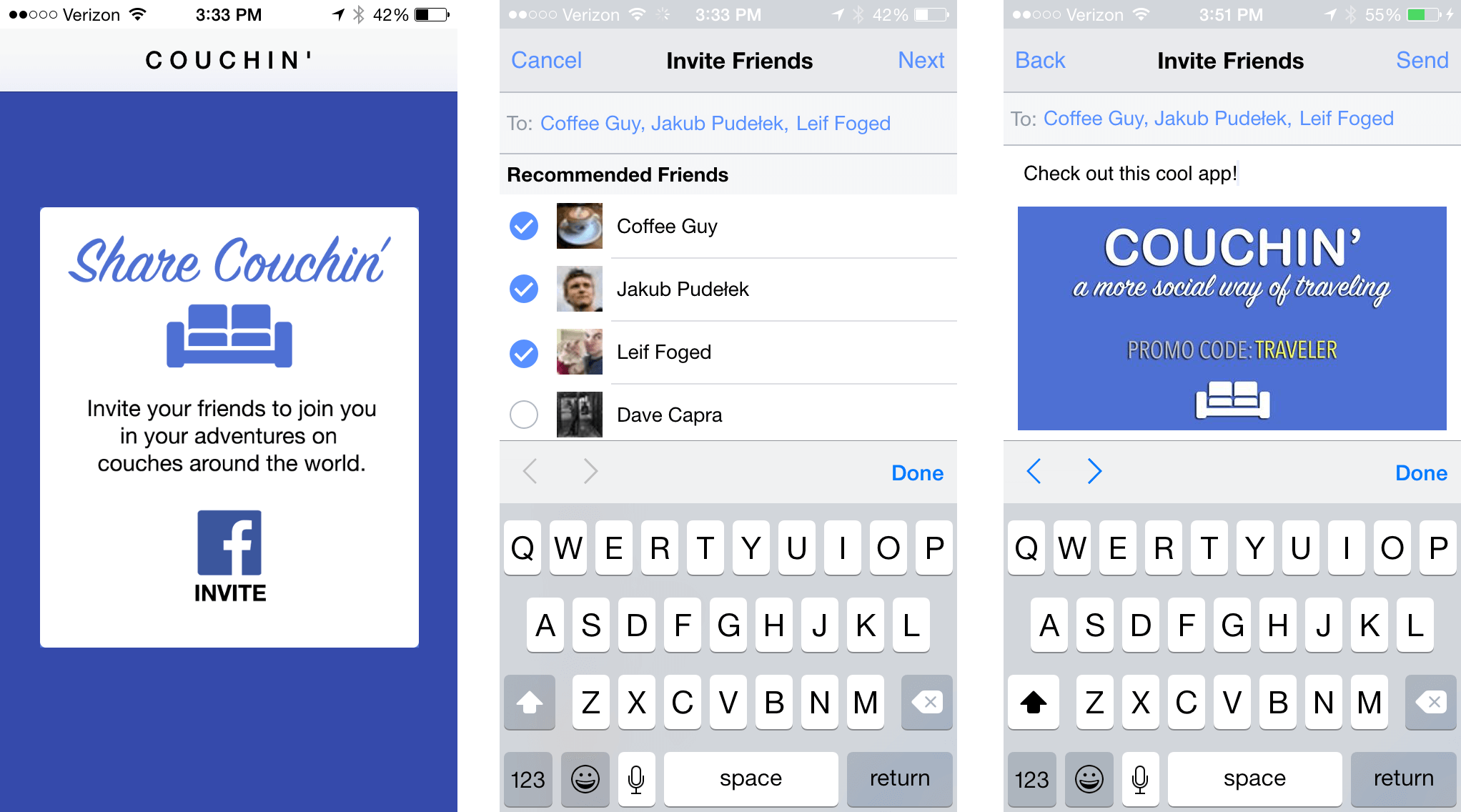 Which one should you implement?

Both, since they are complementary to each other. As Facebook app invites are limited to only Facebook and Google App invites enables invites via SMS and Email.

What about Twitter, Whatsapp, Kik, Kakao, Line and other well known networks?

User’s social graph extends beyond Facebook, Email and SMS as messaging apps grow in popularity. Today WhatsApp garners over 900 million monthly active users followed by facebook messenger at 700 million and WeChat at 600 million each. So tapping into such networks is of paramount importance for mobile app developers.