The opportunity to meet new people has hooked smartphone users to dating apps. Their engagement and retention rates are exponentially higher as compared to other apps. We will explore some of the secret for its success in this post.

Smartphone and internet users might have different goals while browsing through websites or using apps. But a common interest is the need to socialise or network with their friends, family and those holding the same interests as them.

Chat rooms have quickly gained popularity across various digital channels for making networking more one-to-one and easy for the users. And that technology now killing it on mobile as well!

By creating mobile chat rooms, apps can create another layer that hooks a user and encourages him to engage with the app more frequently. There are businesses who are already making use of this hook in their apps and doing really well by improving their user retention and monetization metrics.

Dating apps and their tryst with user engagement

The number of dating apps around you have increased exponentially over the years. But if you think about it, all of them offer one thing in common – getting to meet people ‘you may like’ in your area or from around the world.

The opportunity to meet new people has hooked smartphone users to these apps. Their engagement and retention rates are exponentially higher as compared to other apps.

According to their company representative, the dating app Tinder is king of important mobile KPIs – user engagement and user retention. Their post on The New York Times, states that their users log on to the app at least 11 times a day. 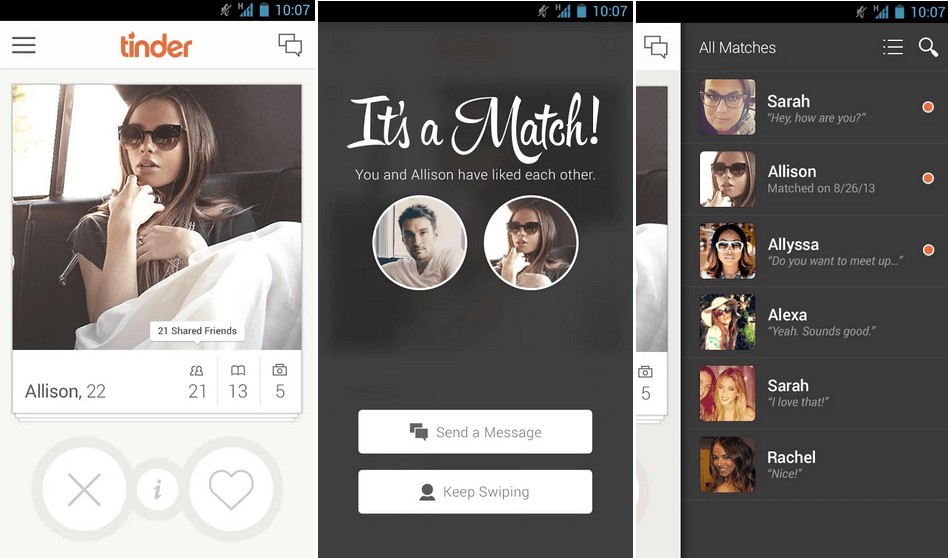 With women spending about 8.5 minutes each session to see their potential matches and men spending 7.2 minutes every time, the app session lengths of Tinder and similar apps alike, are impressive!

Combining both metrics, app session and app frequency, it is easy to see how engaged dating app users are (‘no pun intended’).

Think about it, that’s practically more than the number of times you open weather and news apps on your phone and a lot more than the time you spend on them.

Here’s taking a look at the percentage of users engaging daily with the other dating apps in the market – notice how they’re still managing to hook their users better: 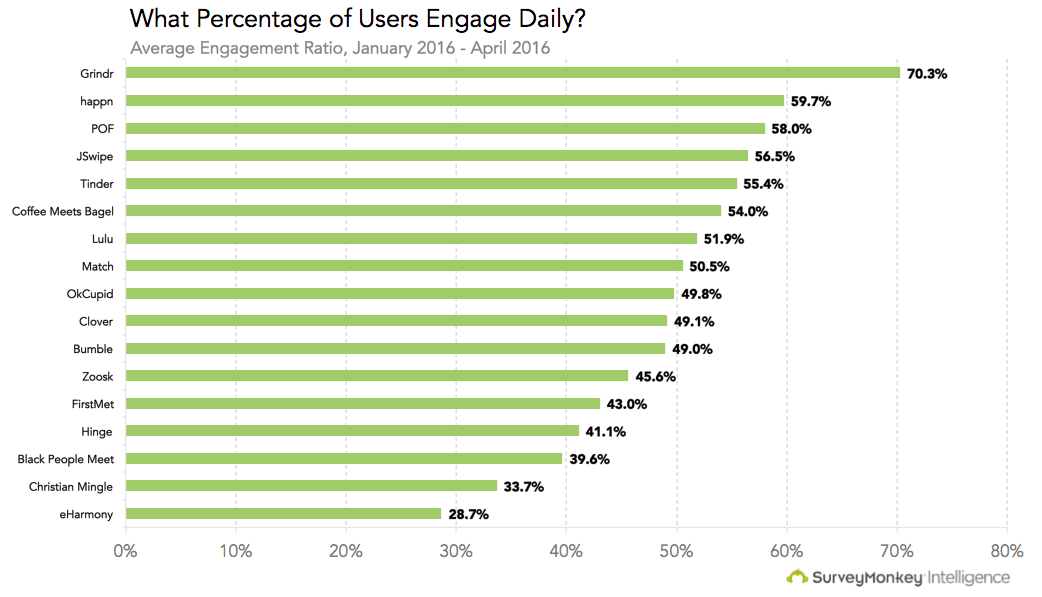 So how are dating apps doing so well in the competitive app market?

By recognizing user engagement and user retention as the core element of their monetization and business growth.

How can games and other apps implement a similar strategy?

In case you were wondering how to replicate the engagement strategy dating apps make use of and how you can implement the power of mobile chat rooms in your app, we have two solutions – in-app chats and in-app activity feeds.

Here’s taking a few ways to use the two of them in your app:

By using in-app chats or activity feeds, you can create a platform for your users to network with each other. Be it encouraging them to share their milestones, discussing how to get past a certain level in the game, or exchanging tricks that will better their experience in your app.

Getting like minded people together will help you get them more engaged with the app and make them want to come back to it more often.

There will be a few users who actively participate in what your app has to offer – be it completing one level after the other, or trying and testing new features. With activity feeds you can monitor what your users are up to and how they are interacting with the app. Analysing the data and using in-app chats / activity feeds, you can create chat rooms for those who have similar patterns (for example, being on the same level of a game).

This helps you tailor your in-app marketing campaigns even further to personalize their journeys in the app. From recommending content, promoting in-app purchases, or sharing tips to use a feature better, this will give you the opportunity to add relevant value to your users.

Some users are not hesitant to complete an in-app purchase if it promises to make their experience better. But your strategy should not end at one conversion. If the user has converted once, he is more likely to do so again if it adds more value to him and the experience in the app has been promising.

Using in-app chats you can create a group of people who have made a particular purchase – then upsell or cross sell other in-app purchases that you offer. But remember to make it contextual to their previous purchase!

Not all apps can become a part of a user’s daily routine, but they should certainly maintain their space on the user’s phone!

The point is, successful apps are those that are able to connect with their users on a deeper level.

You need to keep them hooked to your app by digging deeper into data, identifying their common behaviour and incorporating social features that would keep them on your app much longer than they otherwise would. Make your app come alive!

Don’t expect engagement to come in naturally, since you need to continuously enhance the user experience in the app. Continue doing so to improve your retention rates and reduce the uninstalls you’re currently experiencing!

Look for more avenues to interact and strike a conversation with your users, because engagement is the true measure of monetization and success of your app.