It’s not enough just to create an app and get lots of downloads in the app stores. To achieve measurable success, you need to engage and retain users. Engaging with your users right from the start is an important aspect that marketers and devs should look into. To be able to leverage word-of-mouth marketing and grow more sustainably, it is crucial to create a community of loyal users.

The number one strategy that an app developer must adopt right from the time their product enters the market is interaction with the users. We’re not saying that once your app has acquired thousands of users, you must go and speak to each one of them individually. But we do think that communication with the initial set of users is important and eventually an occasional conversation should be a part of your mobile growth strategy. The best way to achieve this is to build an in-app community.

In-app community can maximize your app metrics as users are 2.7 times more likely to stay in-app for a sense of community and belonging. Besides that, social users have higher Day30 retention rate and generate more installs. Let’s find out in more detail why you should turn your mobile app into community.

In this article, you’ll learn: hide
1 Benefits of Having an App Community
1.1 You can provide tips and tricks to your users
1.2 You get to learn from your users directly
1.3 You can encourage them to work as your ambassadors
2 How to Build a Loyal In-App Community
2.1 GetSocial Activity Feeds
2.2 Communicate with your mobile users
2.3 App Gamification
3 Wrapping Up

Benefits of Having an App Community 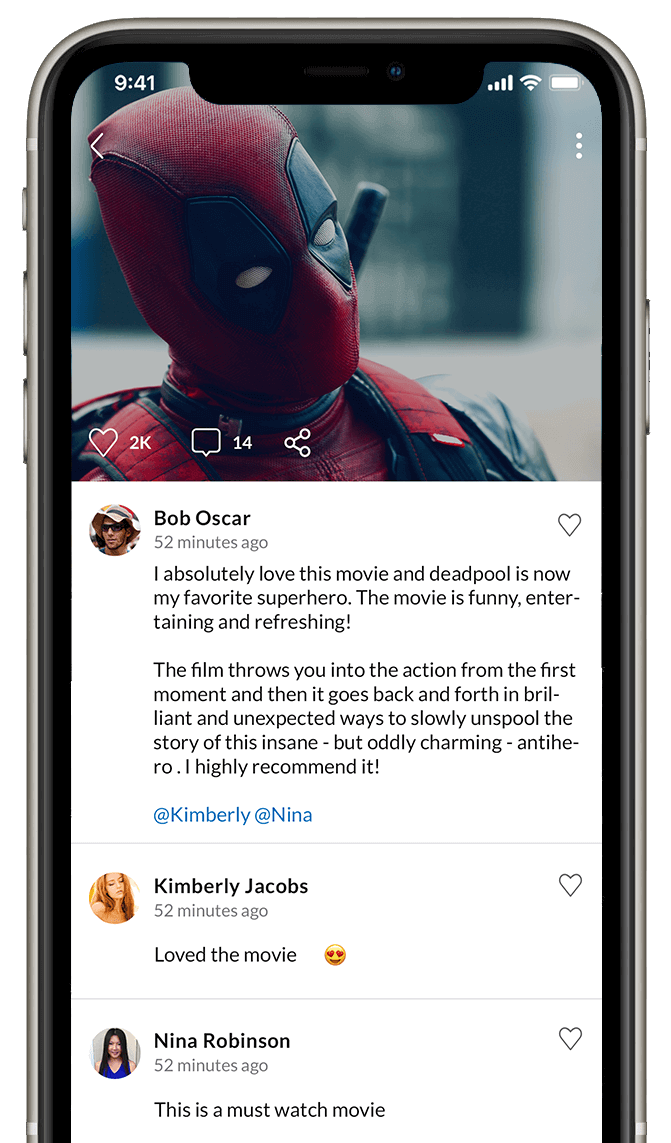 You can provide tips and tricks to your users

Users often don’t use the app as you want them to. Sometimes they take a while to find an in-app conversion and at times, they drop off before the same. This drop-off typically happens if they cannot achieve a goal in the app.

Instead of them having to reach out to others or your community manager for help, you could engage in a timely conversation with them. You can let them know that they can simply share screenshots of where they are stuck on their Activity Feeds, and then share tips and tricks that they can use to get ‘unstuck’ from where they are.

You get to learn from your users directly

Getting reviews and feedback from a third person is one thing. Sometimes a few aspects of the feedback from a user get unintentionally missed. But considering how important it is to keep the user’s experience seamless and satisfying, you wouldn’t want to miss out on even a little bit of data. Developers can use GetSocial live chats to have either one on one or global conversations with their user community to gather feedback on the app.

For example, you’ve launched a new level in your game but aren’t sure about how difficult you’ve made the level. You can let the users try it for about a week and then have a conversation with them to see what they think about it. If it’s too complicated for them to even understand, you’ll know exactly what to do!

You can encourage them to work as your ambassadors

When you frequently communicate with your app users, you create the impression of being someone who is customer-centric. This helps to create an in-app community of loyal users who are more likely to recommend your app in their circles or even invite their friends to it.

With GetSocial Smart Invites, you can create easy-to-complete in-app referral campaigns and encourage these users to work as ambassadors for you. You can incentivize the activity by offering them either a feature for free or a special discount on an in-app purchase.

You can personalize in-app purchase recommendations. Personalization and contextual marketing are very important if you want to achieve a high conversion rate. When you communicate with your users, you become able to better understand what they need as per their usage of the app. This helps you to give contextual purchase recommendations that they are more likely to convert on.

How to Build a Loyal In-App Community

Most developers, especially indie developers, face a challenge when it comes to effectively managing their app communities across various social channels. Your message gets lost in the middle of all the unrelated noise and consumes more time due to the continuous rise of new social channels: Snapchat, Youtubers, Instagram, and so on. However, there are several ways to deal with this challenge.

Instead of having to build a community from scratch on a social platform, you can automatically create an in-app community with GetSocial Activity Feeds. On this platform, the users can keep an eye on what others are doing as well as network with them. They can also interact with developer notifications or get their concerns easily addressed.

The ability to easily talk to each other keeps the users motivated, increases their app sessions, and helps build a stronger community – without ever having to leave the app. Besides, by creating a community, you can also benefit from social-driven in-app sales and personalize your monetization models effectively.

Learn more about activity feeds: What is an Activity Feed and How It Can Be Used in Different App Categories

Communicate with your mobile users

Creating an interesting app and letting your target market explore it on their own may result in a lack of user engagement. Adding a human touch will certainly make your app stand out from its competitors.

Gamification is the use of game elements and mechanics in any non-game context, such as business, everyday life, education, and anywhere else. Mobile game developers first try to attract and then keep the player in the game. In any sphere, the goal of gamification is the same – to engage users, customers, employees, etc. in the process, just like games do.

For any game mechanics to work, players must perform certain actions. To do this, they need to be motivated. The following game elements help to do this:

In relation to in-app community management and mobile app engagement, the goal of gamification is to create an environment for interaction and communication among representatives of the target audience. This practice is most effective for highlighting influential and active representatives of the target group, strengthening the networking, and creating cohesive groups with their own slang, success indicators, and affiliation signs.

Gamification in-app communities can be compared with forums where most active participants receive points, titles, and recognition of other members of the forum. Badges issued for participation in competitions also create a sense of community, as they reflect the user’s belonging to a specific group.

To be constantly engaged with your app, users should feel that they are important and valued. One of the best ways to show them this value is to build a loyal in-app community. Communicating both with the app developers and other users will improve the user experience and create a sense of belonging. This will encourage the users to return to the app again and again.

If you’re looking to learn more about how to improve user engagement, we’ve created a guide with the tactics that every app should use. Check it out!