In App Annie’s latest report, only two of the App Store’s all-time most downloaded games feature in top grossing. Can you take a guess? Yep – it’s King’s Candy Crush and Supercell’s Clash of Clans. The correlation? Community. This blog post will explain how you can increase app revenue with social tools.

Creating a community in your game is key in order to successfully increase app revenue. Understanding the social data of your players and knowing how to act, engage and monetize more dynamically is crucial. Not just for gaming, but for the entire mobile industry. This is the reality that app developers are faced with:

By adding the right social tools into your app, you’ll be able to reduce CPI, increase app revenue, and increase retention. Here’s how it’s done: 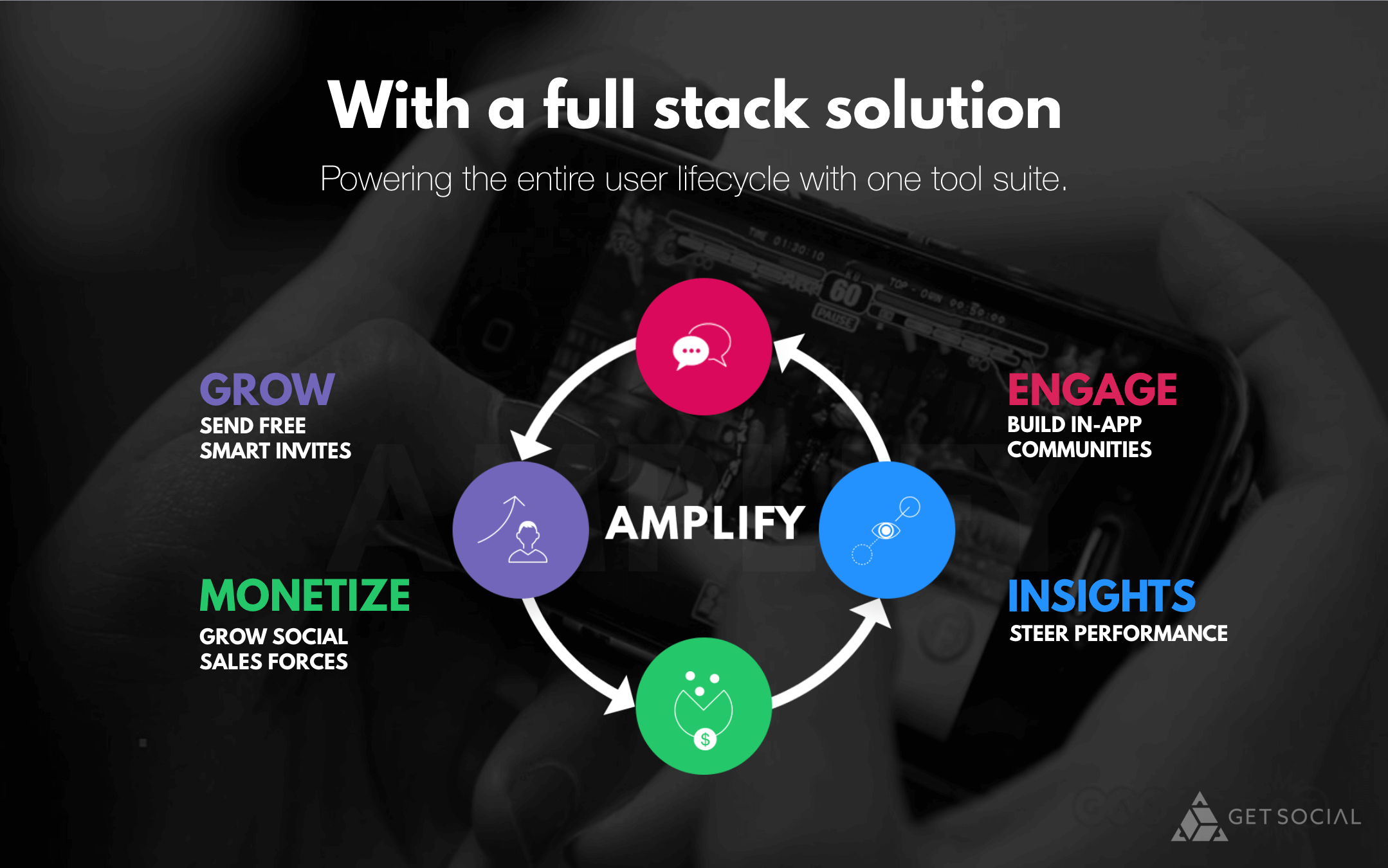 Engage First, as a developer, you need to engage with your users and allow them to communicate with other users. By adding activity feeds; global chat rooms; and social notifications, this is where the community is instantly formed. When users see human faces on your app, they feel comfortable knowing that they’re not alone. It encourages a sense of community and ultimately investment in your app. Read more about Samurai Siege’s successful story here.

Acquire Once the community is formed and users are socially engaged, you will want to acquire more users the smart way. Give them the opportunity to invite friends via popular growing chat apps. According to GetSocial statistics, 88% of users prefer to invite friends via Whatsapp, Line & Kik over Facebook and Twitter. This is where your most valuable and viral users will come from.

Understand After adding social tools and smart invites, watch your app’s community thrive. Learn to understand your users by analyzing the activity feed for hints. What questions are they posting on the activity feed? What levels do they need help with? Are they encouraging other users to purchase in-app items? Act, respond and keep track of these important analytics.

Convert Now that you have been able to engage, acquire and understand users, it’s time to convert and increase app revenue! Utilize the social tools that users are engaging with by promoting your social in-app items on activity feeds. The activity feed will also become a hot new place to promote your other titles, resulting in an on-going social life-cycle. You can read more about it here.

There we have it, a simple four step process on how you can increase app revenue with social tools. Community matters. Show your users some love and invest in it so that in return they can invest in you. You can learn more about the GetSocial product here.

Are you ready to increase app revenue? Register today and get going instantly.