According to predictions, the number of smartphone users worldwide will grow to 4.3 billion in 2023, which will significantly increase the percentage of app downloads. In this article, we are going to take a look at mobile gaming trends that will be popular in 2023. But first, let’s look back at the state of the mobile gaming market as of 2022, according to the report by Games Industry:

As for financial statistics, CNBC reports that in 2022, consumers became more mindful of their spending, which led to a drop in spending on mobile games. In 2022, this figure fell by 5% to $110 billion. At the same time, the first download of games grew by 8% to 90 billion, and hyper-casual projects were preferred. Data.ai analysts say that people have become more sensitive to spending more and are trying to save more money.

China spends the most on mobile games — $42.4 billion per year. Here are the statistics for other top countries:

Despite the dominance of hyper-casual games, Genshin Impact has received $25.5 billion from players around the world. Other major genres are strategy, three in a row, and casino.

Which Mobile Games to Expect in 2023

For several years in a row, the mobile market has been the most profitable in the gaming industry. 2023 is expected to be no less prolific for interesting new products. Let’s find out which mobile games the players most await in 2023.

In its time, Star Wars: Battlefront made a lot of noise, because fans of the universe had the opportunity to participate in iconic battles that appeared in the movies. The presence of the most famous characters of the film saga, like Darth Vader and Luke Skywalker, added even more interest.

The mobile Star Wars: Hunters will follow the same concept, where players will have to take part in third-person battles. Of course, there will be the typical monetization for this kind of projects with a large number of items to change the appearance of the character. An early launch has already taken place in some regions, such as Australia and India.

Closed tests of Need for Speed ​​Mobile are already taking place in China, and the testers have posted a lot of gameplay videos online. From them, you can find out that the new game will offer an open world, circular time trials against eight real players, traditional drifting and acceleration with nitrous oxide.

Bringing the Call of Duty series to mobile platforms has proven to be incredibly successful. COD Mobile is a top performer in many Google Play and App Store rankings, while season passes and a large number of paid skin boxes bring in huge profits.

No wonder that another massive and successful project with the subtitle Warzone will get a mobile version. On the royal battlefields, 120 players will fight at the same time, some of which may turn out to be a group of six people. Warzone Mobile, Warzone 2.0, and COD Modern Warfare 2 will have a shared friends list.

Recently, card games have been experiencing a new peak in their popularity, so Games Workshop with its Warhammer universe could not stand aside. In 2023, Warhammer 40,000: Warpforge will be out on mobile platforms along with PC.

The developers promise to make cross-platform battles with lightning-fast and tactical gameplay. A kind of training will be various story campaigns, but the basis of course will be rating PvP battles and large-scale battles of alliances. 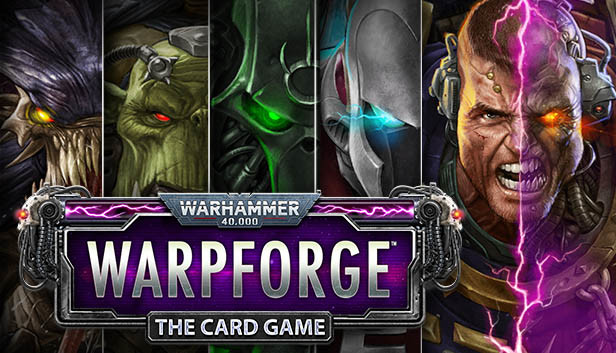 Frostpunk: Rise of the City

The transfer of the city building simulator Frostpunk to mobile platforms was dragging on for several years. The game was originally supposed to be released in 2022 but is still only available in a number of regions and as a beta test.

The developers decided not to repeat the original game thoroughly. The mobile version will have familiar mechanics, but at the same time, the developers will add rogue-like elements, guilds, and new buildings for construction. Those who have already played the beta say that at this stage the mobile iteration has not been able to surpass the “older” version. However, 11 bit studio continues to work on updates and improvements to the game.

Elysium is an experimental offshoot of the Total War series of collectable card games. The announcement took place in the summer of 2019, but the game is still in beta testing. It will be possible to play in a single mode and fight with a live opponent in multiplayer mode. The cards will represent different types of troops and equipment.

The plot of the events will unfold in the city of legends Elysium, which gave the name to the project. Warlords from different eras can come together in battle, for example, Napoleon Bonaparte and the leader of the Vikings, Lagertha. 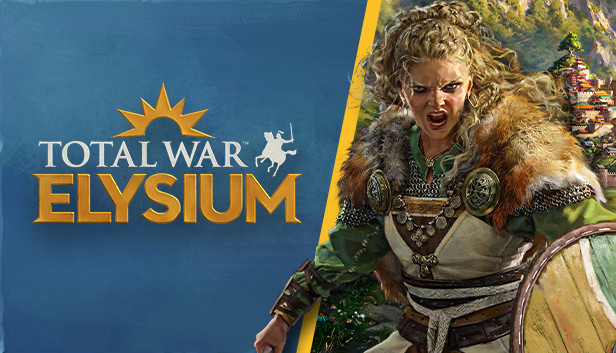 Now let’s take a look at the key trends of mobile gaming that you should expect in 2023.

As you’ve already seen from the list of the most expected games above, many PC and console games tend to go mobile and release versions for several platforms at the same time. For example, MiHoYo released Genshin Impact on Playstation, PC, iOS, and Android, having earned $3 billion on mobile alone.

Cloud streaming services allow users to play games without having to download anything because the streaming comes directly from the server. Limited mobile device speeds have resulted in cloud gaming not being as prevalent in the mobile space as in other areas. However, when 5G becomes the norm, more developers will be likely to focus on it.

With large companies like Microsoft and Netflix making huge investments in their streaming services, it is clear that cloud streaming is just around the corner. 2023 could well be the year when cloud streaming rises in mobile gaming.

Blockchain or play-to-earn games are already available in browsers, but some of them are already present in mobile format. In this type of games, players own in-game items, characters, and even land, unlike in traditional free games, where they need to buy those items. As a reward, players get game tokens or NFTs. Additionally, token holders can influence the platform management system, for example, vote on various proposals.

Wearable devices enable the collection of microdata. Collecting, processing, and transmitting this data is becoming extremely valuable to the gaming industry, making games more intelligent and intuitive. This enables features that promote player focus and performance. Due to improved gameplay, the demand for these wearable devices is growing rapidly, especially among competitive players.

Despite the general shrinkage of the mobile gaming industry throughout the world in 2021, two regions experienced growth in yearly revenue. These are the Middle East and Africa (+6.6% to $6.8 billion) as well as Latin America (+3.4% to $8.4 billion). Saudi Arabia is also a prospective mobile gaming market: 50% of the population identifies themselves as regular gamers.

6. The Decline of Hyper-Casual Games

According to CyberMedia Research, as of September 2022, the number of hardcore smartphone gamers in Western Europe increased by 27%. The same report said the number of hyper casual gamers decreased by 32% over the same period. As per GameRefinery, the top 200 highest-grossing mobile games in the U.S. included 9 mid-core games vs. only three casual games in July 2022. The key reasons for such a shift can be the rise of attention from major publishers and the improvement of mobile hardware specifications.

As virtual and augmented reality technologies are becoming more accessible and widely used, they will undoubtedly impact mobile gaming. How VR and AR fit into the meta-universe plays a big role in their accessibility. The metaverse has not had the immediate impact that many might have expected because it is still in its infancy. As technology advances and new features emerge, it will almost certainly become what will change the mobile gaming industry as we know it.

Read more: Metaverse in Mobile Games: What You Should Know about It

Artificial intelligence and machine learning dominate the entire world of technology. Developments based on them allow companies to create chatbots, voice assistants, and virtual fitting rooms. According to Gartner, by 2023, 40% of infrastructure and operations teams will begin to use artificial intelligence technologies to increase IT productivity. App categories that most actively use AI today are eCommerce, mobile banking, sport tech, and travel. By 2023, the mobile gaming industry can join this list as well.

The combination of artificial intelligence and machine learning can have a huge impact on mobile gaming in 2023. AI allows developers to create fascinating game universes and complex characters that mimic human behaviour. With the help of big data and machine learning, developers can analyze player actions in the game, predict market needs, and reduce the time for routine tasks. As a result, they can better understand players and thus create more engaging games.

Over the past few years, the hardware capabilities of smartphones have increased dramatically. Because of this, we are seeing more and more mobile games with high AAA quality. And this is what players are waiting for.

There is a need for mobile games that can provide both the PC and console game experience. Players expect top-quality graphics and complex games with rich worlds across all devices. Therefore, the developers will have to increase their production standards, which might put them under a lot of pressure.

The social component of mobile games became even more popular during the pandemic. Today, it continues to boost user engagement and retention. Mobile multiplayer games have become quite advanced and sophisticated, which is why they attract so many users. However, it is not easy to build a quality multiplayer game with rich social components. The main thing is to provide seamless gameplay and bring together players with similar skills.

The number of smartphone users and mobile game players is growing rapidly, and the mobile gaming industry does not stand still, either. Now you are aware of what to await in 2023 and how to improve your mobile app considering these trends. Good luck!

How to Categorize Games? 5 Most Popular Mobile Game Types